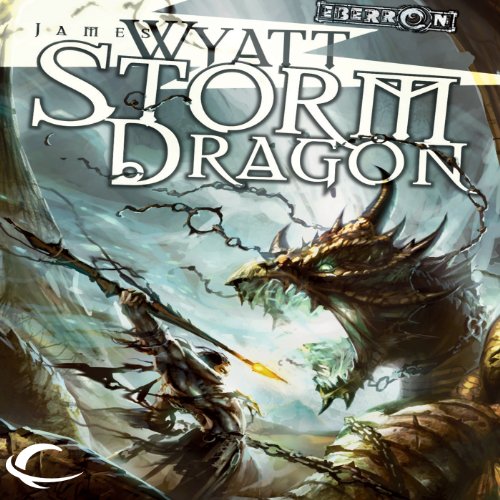 By: James Wyatt
Narrated by: Paul Christy
Try for $0.00

The beginning of an adventure that will shake the world of Eberron!

A war hero, his mind broken by the wonders he witnessed on his last mission for his nation, has spent years in the deepest, darkest prison in all the world. Wallowing in despair and ever on the verge of madness, he is caught by surprise when a band of strangers breaks him out. But his rescuers don't exactly have his best interests at heart. The magic relic that broke his once-brilliant mind may be the key to stopping worldwide destruction - and whether he lives or dies really doesn't concern them.

What listeners say about Storm Dragon

I tried to get into it and failed

I love Eberron. It is a great setting. I cannot recommend this book though. The prose is awkward and gets in the way of enjoying the story. The characters are not compelling and the dialog is unnatural. I couldn't make it past a couple of hours into it. Read some of the other Eberron books. This one should be skipped.

Good...but could have been better.

This is like an EPIC lite...all the detail seems left off here. Great ideas, fun story but you zip through things that should take more time. There is room for story arcs of this book , but I wish the book had taken the time to cover things that only need a chapter or so. Although complete, it almost felt like some pages were ripped out and you got MOST of the story.