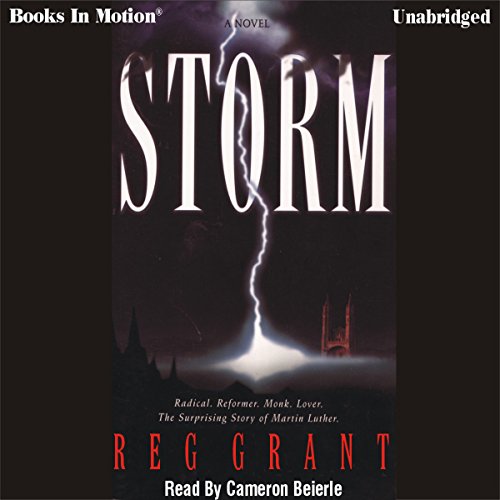 He is regarded today as one of the most influential figures in the history of the world. But to those who knew him intimately, Martin Luther was more than just the leader of an important historical revolt; he was a man of vision, commitment, and passion, determined to serve his Lord and purify the degenerate world church. From the outset, Luther's enemies the corrupt ecclesiastical and political rulers of his day, joined forces to stop the spread of his radical ideas, ideas that would shake the church and the world's greatest political powers to their core. But God mercifully allowed Luther to resist the armies of the world, armed only with the sword of His Word.

Now you can witness Luther's stand against Charles V and his surprising romance with former nun Kate von Bora, view the societal changes that led to the Reformation, and see how God equipped one extraordinary man to stand strong, though it often meant standing conspicuously alone in the midst of the raging storm.

This is not really my cup of tea; too much fiction and too fanciful. I feel as though I got out of the lift on the wrong floor. However I will plod on through the story eventually and perhaps revise my opinion.