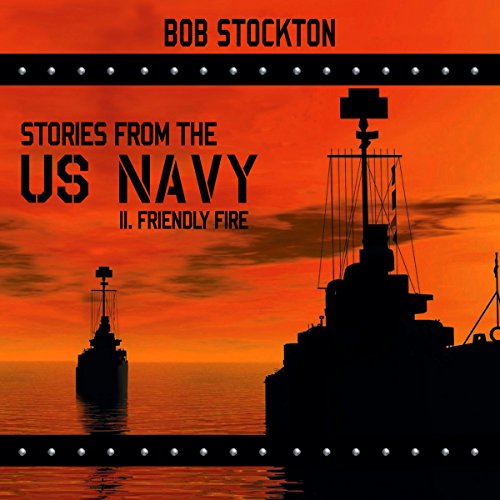 Stories from the US Navy II

Stories from the US Navy II

Radarman Second Class Zack Martin wants nothing more than to sail out to sea on a sleek destroyer, now that the war in Vietnam is heating up. Instead of heading to the Western Pacific, he's stuck in a dead end clerical position. When he's ordered to join a new ship, it's not quite what he envisioned, but his attitude changes when he learns he'll finally be getting duty in a combat zone.

Although Martin craves danger and excitement - and a chance to help the war effort in Vietnam - this mission may have more perils than he bargained for. The captain, in charge of a ship for the first time, is anxious to make a name for himself. Misadventures in port pale into comparison with the risks the captain is willing to take when he deviates from the crew's mission. Will his gamble pay off, or will he put the entire ship into danger?

In Stories from the US Navy II: Friendly Fire, Bob Stockton draws on personal experience to create a novella that puts listeners right on the deck of the ship, even as it pulls them headlong into the unforgettable story.

Exposure to Agent Orange while in Vietnam led to the Veterans Administration declaring Bob fully disabled. He now lives near his three children and three grandchildren in Jacksonville, FL. This novella is a follow-up to Stories from the US Navy I: A Suicide in the Mediterranean.

Horrible narration of a great story

As a Vietnam destroyer combat veteran, the story was a fast moving, authentic feeling yarn.
However, no naval veteran ever could have approved the narration. The consistent butchering and mispronunciation of the most basic terms (starBOARD, boatSWAIN, Tagalog, Olongapo, etc) was extremely grating and aggravating.
Please have it re-recorded, or educate the narrator immediately and have him rerecord it.
These tales are unique and well written. I had planned on purchasing all of them. NOT NOW.