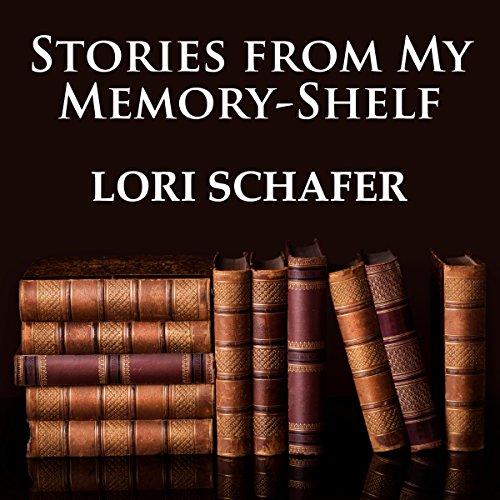 Stories from My Memory-Shelf

From the author of On Hearing of My Mother's Death Six Years After It Happened: A Daughter's Memoir of Mental Illness, Stories from My Memory-Shelf is the story of my life, told in short fiction and essays. Features author commentary on the real-life events that inspired the stories.

“Girl in Pink, Seeing Red”: Never mess with a little girl’s best friend - even if she is dressed all in pink.

“Two Fathers”: “He is clasping my hand and leading me down the street to the local bar; propping me up on a barstool so all his friends can see, can joke with me and about me while I twirl about on the red vinyl, tall and proud to be out with Daddy.”

“Yellow Wagon”: A young girl walks to school alone - is she being stalked?

“The Second Grade”: Because everything’s a first when you’re in the second grade.

“Twilight”: “She was strong, she was beautiful, she was graceful. Even if it was only in twilight that it showed.”

“Past and Present”: “‘It was lucky I forgot my keys,’ her mother was saying, rubbing the raised scar between her daughter’s thumb and forefinger. ‘I came back and found you lying in a pool of blood.’”

“Haunted”: “Large for my age, prideful of my tomboyhood, and self-assured in my paranormal incredulity, it was I who braved the deep, I, even, who had relayed the tale of the enigmatic contents of the newspaper room following my first venture there, and inadvertently set the neighborhood to wondering what horrors might be lurking at its bottom.”

“Goat”: “‘What’s the matter, Sutton?’ Mr. Jenkins inquired. ‘Schneider get your goat?’ There was a momentous silent pause followed by the audible snap of 30 heads whipping around in unison toward the mortified young girl and the shamelessly grinning boy who had yanked on her ponytail until she’d finally shouted at him to quit it.”

What listeners say about Stories from My Memory-Shelf