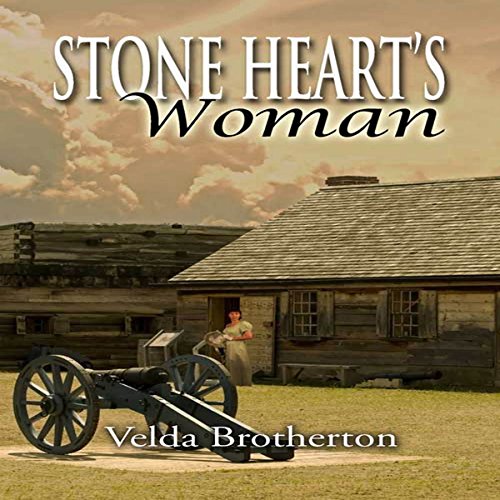 By: Velda Brotherton
Narrated by: Kevin Giffin
Try for $0.00

Heading out west to Nebraska becomes a nightmare when Aiden Conner's fiance deserts her. Having a knife held to her throat by a blond-haired Cheyenne warrior only adds to her terror. All she wants is to return home to her family in St. Louis, but a blizzard traps her and her wounded captor in a cabin in the wilderness.

After the betrayal of his mother's people, Stone Heart has sworn to never again speak the language of his white father. He vows to see that the surviving Northern Cheyenne, the Beautiful People, are allowed to return to their home. But the red-haired Irish woman will surely die if he abandons her.

As they weather the storm and fight together to survive, they find that, despite their different worlds, their hearts are one and the same. When Stone Heart leaves her to free his people imprisoned at Ft. Robinson, Aiden determines to help him in any way she can. Only then can she truly be Stone Heart's Woman.

This was a great book that had it all: Heartfelt poignant story with torn heroes and emotional love scenes ... yes they make love not mere sex in this romance. Throw in the historic narrative of the Indian Wars, the social conflicts, the suspenseful plot and the harsh natural environment/ survival element and you get an exiting mix of everything this time period and local had to offer.
Also the narration is superb!