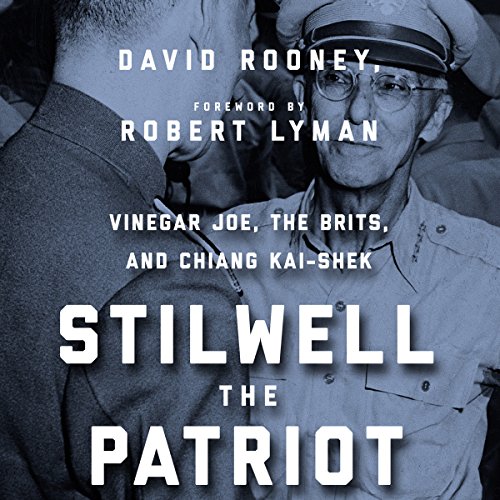 This new and meticulously researched biography of the controversial American commander Joe Stilwell presents an admirably lucid account of his career and the complex story of the Burma campaign.

Stilwell spent most of World War II as Chiang Kai-Shek's chief of staff in China. He was often at odds with the British Generals Wavell, Slim, and Wingate, men with whom he was to co-operate in Burma. These arguments earned him the nickname of 'Vinegar' Joe. Stilwell and George Marshall had planned to have 90 Chinese divisions armed by the USA. Had they succeeded, in 1945 they would have been strong enough to defeat the Communists and would have changed the course of Chinese, if not world, history. Although Chiang had Stilwell dismissed, he recognized his contribution to the Burma Road campaign by renaming part of it the Stilwell Road.

This sympathetic but critical biography analyses the passions of an American patriot, infuriated by Chiang's dishonesty and chicanery, and looks at the possible outcome had Stilwell's views prevailed.

After World War II service in the Far East and Ghana, David Rooney read history at Oxford and subsequently took a research degree in Commonwealth History. His career in education included four years as Senior Lecturer at RMA Sandhurst. His writings include Burma Victory, considered by Brigadier Michael Calvert the best book yet on the Burma Campaign, Wingate and the Chindits, Mad Mike, and his recent highly acclaimed Guerrilla. Robert Lyman is the author of the best-selling Slim, Master of War.

What listeners say about Stilwell the Patriot

Overall a good book about an American hero.
My only regret about Stilwell was his naïveté regarding communism. Mao knew how to play Americans during the war. After the war it was a different story.
I believe Mao’s motto was, “burn, burn, burn, kill, kill, kill.” Mao slaughtered more than Hitler and Stalin together.
No doubt Chiang had his, however with American leverage he could have improved. He made mistakes, but mass genocide was not one of them.