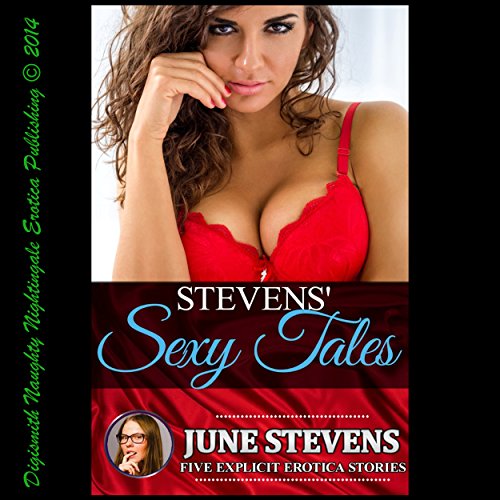 By: June Stevens
Narrated by: Layla Dawn
Try for $0.00

2. "All Five of You? A Paranormal Gang Bang" by June Stevens. Kandace is worried about being out late at night in the city streets, and she's confronted by five men eager for her attention...

4. "Three Girls and Charlie: A First Lesbian Group Sex Short" by June Stevens. Amanda and her roommates have just received great news. Out at a club celebrating, they have too much to drink and too much fun.

5. "My Night with Haley: A First Lesbian Sex Experience by June Stevens. Tansy has had a stressful week, and all she wants it to hook up with a man for some meaningless sexual stress relief.