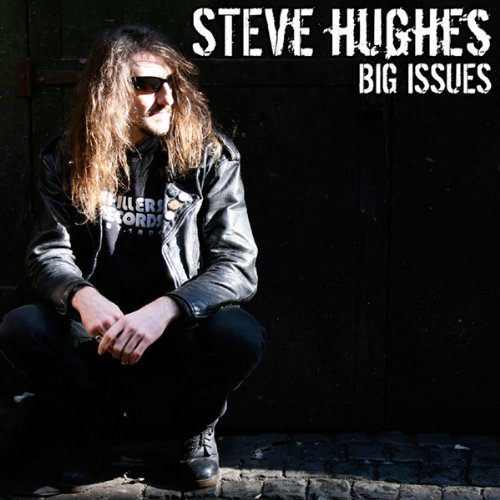 A whirlwind of vitriolic social commentary. Not subtle, not tactful, not sublime. It is However big, clever, and hilarious.

Internationally renowned comic Steve Hughes lights up the room with over 50 minutes of biting political stand up, recorded live at The London Comedy Store. Experience one of Australia's most original and outspoken acts.

Hughes doesn't shy away from tackling the Big Issues in this show. Political correctness, the Palestinian-Israeli conflict, group sex, asylum seekers, and the War on Terror all deliver a riot of intelligent debate and laughter. Welcome to Steve's Happy Comedy hour. Hail the Gods of Metal and Comedy!

Explicit Language Warning: You must be 18 years or older to purchase this programme.

"Intelligently critical of US-backed Israeli foreign policy...and very funny too. Hughes might look like a Motorhead roadie but under the hair there's a keen satirical brain at work." ( London Evening Standard)
"This is exactly what political comedy should be intelligent, provocative, profound, and topped off with good, solid gags. See him while it's still legal." (www.chortle.co.uk)

Correctness, political or not.

A surprisingly profound, thoughtful, and thoroughly enjoyable view of antipodean anti-establishmentarianism, with global cultural observations that left me feeling both tearfully happy at such well written comedy?as well as a little sad after feeling educated and provided with insightful clarity to the ?big issues? that are almost ignored. This is a hard-hitting, sharp delivery and pretty much leaves no stone unturned. Get ready for a political rollercoaster that?ll leave you feeling like telling ?the man,? where to go. I know Steve Hughes would, and with hilariously good reason.