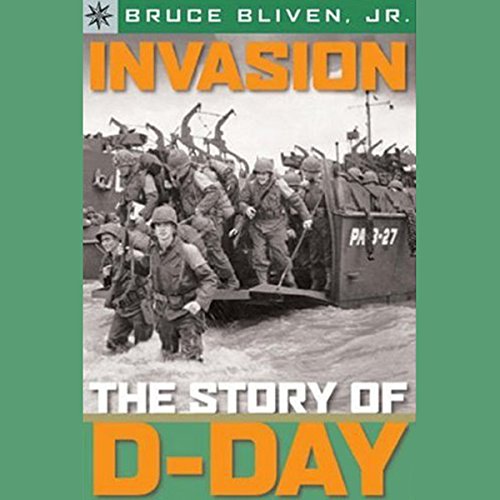 By: Bruce Bliven
Narrated by: Emilio Delgado
Try for $0.00

June 6, 1944: The greatest amphibious invasion the world had ever seen was launched, involving thousands of ships, incredible planning and preparation, and a million courageous soldiers, sailors, and airmen willing to sacrifice their lives for victory.

Author and journalist Bruce Bliven was there that day, on the beaches of France, and he recounts it all, from the risky plans developed by the American and British military leaders through the daring landing itself. Most important, he shares stories of individual bravery shown by soldiers who waded or parachuted ashore in what became the turning point of the war.

Great description without the gruesome details

This is a great description of D-Day with a few individual stories as well as the whole operation. Describes many aspects of the preparation that I wouldn't have thought about. It helps if you saw the file "Saving Private Ryan" or have seen photos of D-Day to imagine some of the scenes described.