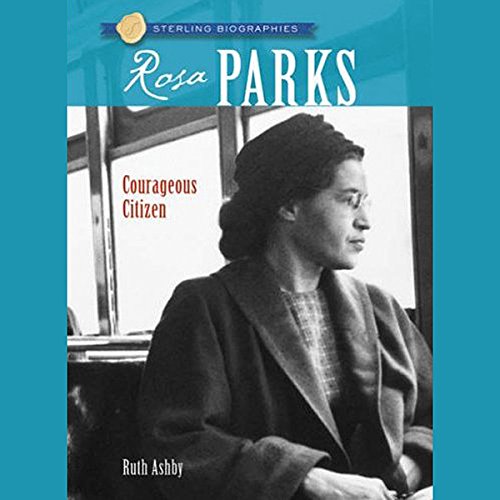 By: Ruth Ashby
Narrated by: Cornelius Jones Jr.
Free with a 30-day trial

She just wouldn't get up - and with that simple, courageous act Rosa Parks struck a blow against injustice. Parks showed what one person, without guns or violence, could do to change the course of history forever. Nelson Mandela claimed "she is who inspired us...to be fearless when facing our oppressors."

As a volunteer secretary for the NAACP, Parks chronicled racial injustices and fought for desegregation. Then, on December 1, 1955, she made a stand on a Montgomery, Alabama bus: she refused to relinquish her seat for a white man. Her arrest mobilized the black community for a citywide bus boycott that led to a landmark Supreme Court decision. Award-winning author Ruth Ashby beautifully conveys Park's dignity and determination.


If you’ve got a young one who is inquisitive about the past, audio biographies for kids are a great way to foster that curiosity. We’ve rounded up 10 kid-friendly biographies of important, diverse, and trailblazing figures in American history, perfect for augmenting and complementing what kids are already learning in school. These biographies are perfect for independent listening, or you can enjoy them together as a family for deeper discussion.

What listeners say about Sterling Biographies