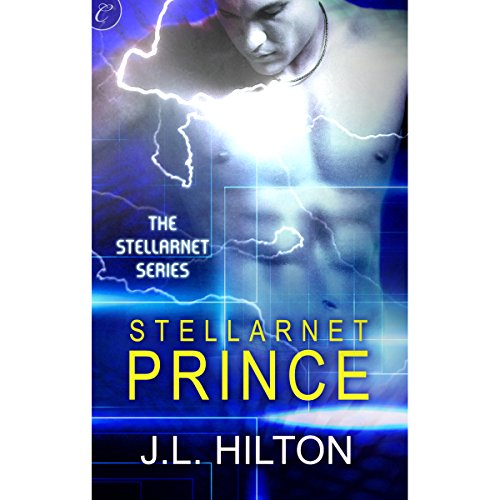 An otherworldly love. Human blogger Genny O'Riordan shares two alien lovers: Duin, a leader of the Uprising, and Belloc, the only surviving member of the reviled Glin royal family. Their relationship has inspired millions of followers - and incited vicious anti-alien attacks.

A planet at risk. A Stellarnet obsessed with all things alien brings kidnappers, sex traffickers and environmental exploitation to Glin. Without weapons or communications technology, the planet cannot be defended. Glin will be ravaged and raided until nothing remains.

A struggle for truth. On Earth, Duin discovers a secret that could spur another rebellion, while on Glin, Belloc's true identity could endanger their family and everything they've fought for. Have the Glin found true allies in humanity, or an even more deadly foe?

What listeners say about Stellarnet Prince