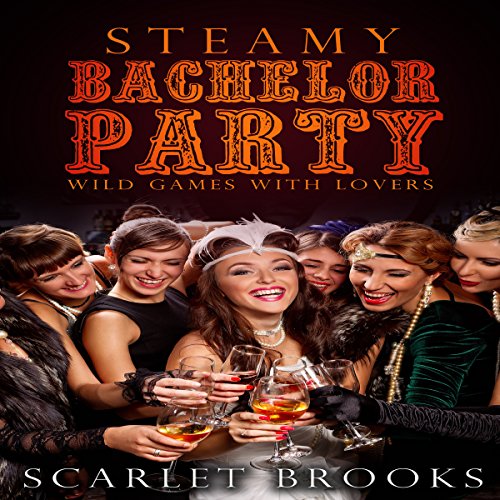 I must confess the story I am relating is the most unusual and the most exciting I have ever related. My girl and I were invited to a couple's "bachelor party". I know, that is exactly what I thought. Whoever heard of a couple's bachelor party? I was very skeptical, to say the least. However, just a few minutes after we arrived, my curiosity was not only satisfied but piqued to new heights.

The host and our friend, David, introduced his hostess, the bride-to-be, Jennifer. I know, I know, who wants the bride to be at the last "freedom" party before marriage? Well, just hang on. It was her idea, and he bought into it. Here goes.

They told us to mix and mingle and get to know one another, as it would help in the game part of the party. I figured the dating game or some nonsense. Boy, was I wrong! More like a mating party.

Wanna have fun? Join us to this steamy bachelor party.