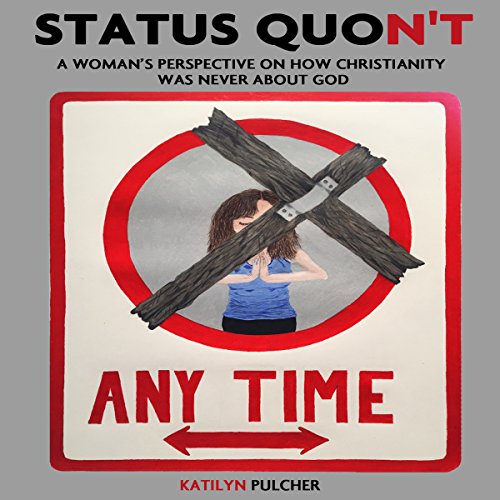 Status Quon't: A Woman's Perspective on How Christianity Was Never About God

What if Christianity was never about God?

When you’re driving along at 85 mph and see a sign that says your speed is being monitored by a drone, you’ll probably slow down, even if you don’t see a drone. The reason you’ll slow down is to avoid punishment (a speeding ticket). What if the reason a person told you that God, like that drone, is up in the sky watching your every move, was actually to get you to do some things that he wants you to do, even though he told you those things are what God wants you to do? How powerful might that person’s influence over you be, if he told you that God will punish you and you will suffer for all eternity if you don’t do those things? Will you give that person your money? Your vote? Maybe, even your life? Perhaps, the same person gave you a book (the Bible) and told you that it documents the things God wants you to do. But, why do those things, which God supposedly wants you to do, change in the second half of that book (the New Testament)? Do you believe another person when he changes his story, or do you think he’s lying to you? Why don’t you think God is lying to you when he changes his story? Are you sure God won’t change his story again and write a new chapter for the book - perhaps, a Third Testament, which will require you to do entirely different things? Are you even sure it was God who wrote the story in the Bible? Perhaps, it was just people who wrote it, without any help or inspiration from a god.

These are the types of questions explored in Status Quon’t. Rather than provide answers to them, Katilyn Pulcher asks her listeners to think for themselves and help establish a widespread, ever-evolving state of critical thought and personalized belief systems. She does not ask her listeners to abandon their beliefs in God. Though she does not believe in the Christian god, she does believe there could be a god or a higher power of some kind somewhere or, maybe, even everywhere and within all of us. What do you think?

What listeners say about Status Quon't: A Woman's Perspective on How Christianity Was Never About God