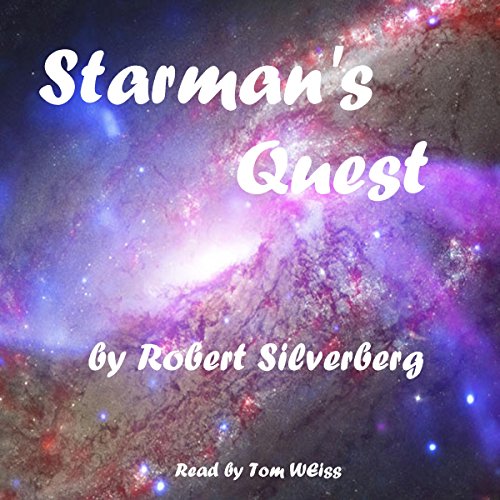 By: Robert Silverberg
Narrated by: Tom Weiss
Try for $0.00

The Lexman Spacedrive gave man the stars - but at a fantastic price. A nine-year trip to Alpha Centauri and back seemed to take only six weeks to men on a spaceship. When they returned however, their friends and relatives had aged nine years. Spacers lived their entire lives on the starships, raised their families there, and never set foot outside their own Enclave during their landings on Earth. They came to despise Earthers, and the Earthers grew to despise them. If only a space drive allowing spaceships to travel faster than light could be developed, the time difference could nearly disappear.

What listeners say about Starman's Quest

One of Silverberg's Early Works!

I first read "Starman's Quest" over 45 years ago as a youngster. I like to think that it started me on my love of science fiction. Silverberg paints a vivid world, perhaps too Earth- and human-centric. But the personal story of Alan Donnell and his quest to change space travel is both satisfying and timeless.
Highly recommend for readers looking for a relatively short, straightforward introduction to SF and Silverberg's work!

The narration is good, but the quality of recording equipment available for the production is why I gave only three stars. It is amazing that in all these decades, I’ve only read one other Silverberg novel. I think I unconsciously felt it would be unfaithful to RAH. Now I’ll probably read a lot, or maybe all the Silverberg. I liked this early one very much.