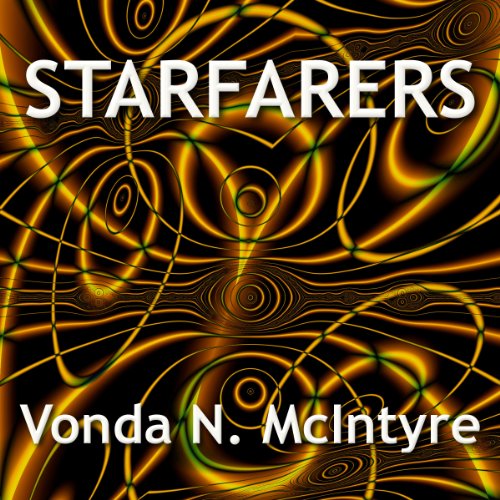 By: Vonda N. McIntyre
Narrated by: Gayle Hendrix
Try for $0.00

The starship Starfarer is poised for our first voyage to another star system. The Alien Contact Team - physicist Victoria Fraser MacKenzie, geneticist Stephen Thomas Gregory, geographer Satoshi Lono, and alien contact specialist J.D. Sauvage - and the rest of the faculty and staff prepare for humanity's most ambitious exploratory expedition. But the world has changed. A new regime orders the vessel to be abandoned. It will be turned into an instrument of war. What do the Starfarers do? They do what any red-blooded Alien Contact Team would do. They steal the starship.

What listeners say about Starfarers

I really looked forward to this rendition of this book. This series is one of my favorites BUT the narrator is horrible. She can not do any of the true accents for any of the characters. I mean a Canadian with a southern twang? Seriously? I just couldn't get past that. I returned the book. I guess I'll return to my old stand by, hard copy, and listen to the voices in my head.

An international collection of scholars and technical experts plan an interstellar voyage. Modeled upon a university, the scholars fawn over research credentials and have an almost universal contempt for authority. Starfarer’s construction reflects the most unusual design I think I’ve ever encountered in a Sci-Fi novel.

As the story opens, we meet the characters. Vonda notes with some detail what each character is wearing, how they’ve furnished their homes, their relationships, and their status on campus.

The mission is at most a backdrop to the soap opera of daily existence. We don’t have mission meetings that detail the operational situation. We have discussions of potential sex/family partners. We discuss coffee and art. We get to know the characters as they meet and socialize. We learn of class distinctions on campus, i.e. professors vs. gardeners.

When the external world does intrude into the story, those bad authority figures want to take over control of Starfarer and change its mission. In response, our heroines and heroes conduct a meeting. The meeting isn’t a clandestine one, but a public meeting. However, it’s more like a meeting of the academic senate in that you have to have status to speak. Never mind that your fate is at stake, common people don’t count much in this world. None-the-less, after much deliberation a plan is developed and anyone who doesn’t like it can leave for Earth. For what happens next, you have to read the book.

Did I like the book? No I didn’t. I found myself skipping ahead to get past the dull stuff right from the beginning. In that sense it was a fast read, but not in a good way.

Was there something big and important at stake? You know like finding a new home for mankind before an asteroid destroys the Earth. Well, no. What was at stake was who got to pick which home for their living quarters and what that said about ones ranking on campus.

Are there flowers in the gardens on Starfarer? Yes, and you can read about materials used to construct the gardens as well.

Does Starfarer have advanced technology? It has a high tech sail, but residents still have to pay a lot to call home. There are coffee pots, but no replicators. There are no weapons. On whole, technology isn’t really a big part of the story.

Are the characters three-dimensional? Definitely, Vonda spends a considerable time developing the relationships in this story. Frankly, if that doesn’t roll your stockings down and give you a warm happy feeling this might not be the book for you.

If you’ve listened to books by Vonda N. McIntyre before, how does this one compare?

This is the only one of her books I've read/listened too.

Which character – as performed by Gayle Hendrix – was your favorite?

Gayle Hendrix gets 4-stars. She is versatile and imaginative in her portrayal of the numerous characters in this book.

Was Starfarers worth the listening time?

Would you try another book from Vonda N. McIntyre and/or Gayle Hendrix?

The reader, Gayle Hendrix, speaks in a monotone and you cannot differentiate characters by their voice (note: not voices, voice). The first chapter (I couldn't get any further) appears poorly written but that may be the fault of the narrator. AWFUL!

Has Starfarers turned you off from other books in this genre?

Who would you have cast as narrator instead of Gayle Hendrix?

Anyone. A dead person. A mute. A spider.

What character would you cut from Starfarers?

Don't know, didn't get that far.

Sorry I bought this oned

Too much girl fashions

Not that I listened long enough to hear

Would you be willing to try another one of Gayle Hendrix’s performances?

This book was terrible. Its like girls just sit around and chat about stuff and never actually do anything. This must be the worst SciFi book I have listened to. The author should write about teens & vampires or something! Its hard to express how irritating this book was. Just save yourself the money and time and just move along.