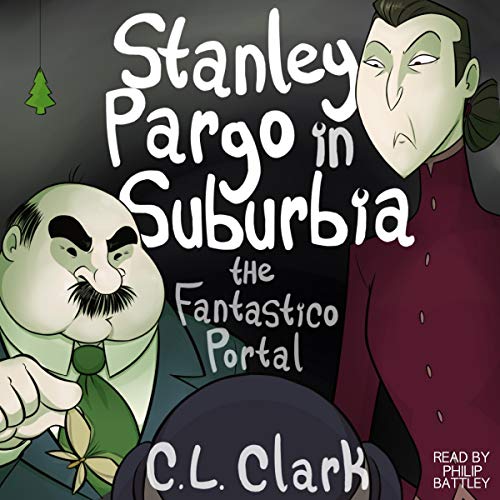 Book number two in the Stanley Pargo in Suburbia series

Stanley Pargo has only just arrived in Suburbia, and already, he wants out.

The principal of his new school is a monster of tyranny, and Stanley’s teacher is even worse. Every day, she conceives new and terrible ways to torment him - each one worse than the last and all with a single goal in mind: forcing Stanley to learn his place.

But, Stanley isn’t like other children, and he soon suspects the idyllic community of Suburbia isn't at all what it appears to be. Instead, it seems to be changing the adults in odd and awful ways, but little does Stanley realize that as bad as Suburbia is, a far more dangerous foe still lingers outside its walls.

What listeners say about Stanley Pargo in Suburbia: The Fantastico Portal

I enjoyed this book. it reminded me of those stories where the teachers are awful and the students are awesome. the multiverse of surburbias were cool.

I can't wait to listen to the next one, this was another great, fun story.