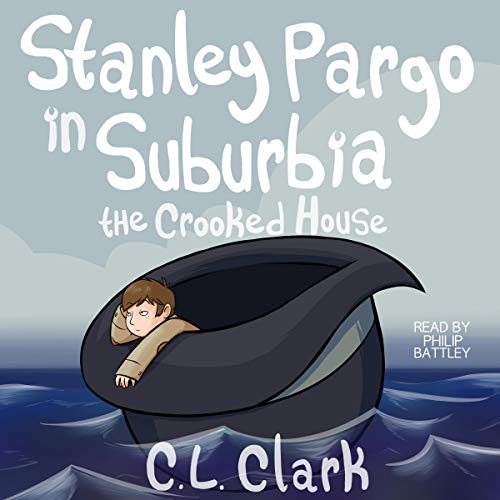 In the first installment of this epic adventure series, young Stanley Pargo realizes he’s forgotten more than just his home when he wakes up alone and lost at sea. His rations are dwindling, and with no memory to guide him, Stanley loses all hope of finding his family until he meets a talking crane who knows far more about Stanley’s peculiar past than he’s willing to reveal.

With the bird’s help, Stanley reaches land and takes shelter in a dark tower that stands as crooked as the man who built it. The man - a kind but blundering professor named Quibbie - befriends Stanley, but the boy soon suspects his new friend might also be keeping secrets of his own.

Attempting to unravel these mysteries, Stanley ventures into the treacherous forest behind Quibbie’s estate and discovers a terrible monster that's been hunting Stanley for reasons he must uncover if he hopes to piece together his broken past and find his missing home.

What listeners say about Stanley Pargo in Suburbia: The Crooked House

I enjoyed the book.it reminded me of Alice in wonderland with the variety of characters and that Stanley wanted to get home.

I very much enjoyed this reading, although I have to admit I imagined the voices differently in my head when I read the book the first time. The narration was quite good, and the character voices became more distinct towards the halfway mark. I can't wait to hear the characters in the next book brought to life. I would've liked the book to be a little longer, though that's just a personal preference. This review may be a little biased, but I really did enjoy the book :)