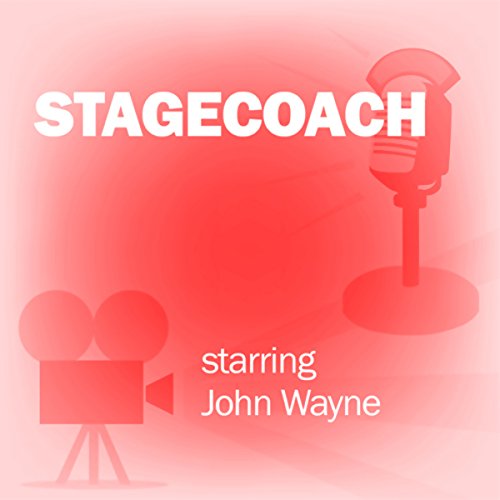 This radio dramatization of the classic movie is introduced by its director, John Ford, and features the original stars. It aired on January 9, 1949.

The Screen Director's Playhouse featured adaptations of famous movies and called upon the directors to introduce and highlight their work. After each show, the director and stars gathered around the microphones to reminisce about the making of the film.

What listeners say about Stagecoach

A quick listen to a fabulous movie, Stagecoach. Recommend it to all John Wayne fans.

John Wayne in one of his pivotal roles. Wonderful!

Would you consider the audio edition of Stagecoach to be better than the print version?

Not really, but both are special in their own right. The Duke is the Duke no matter where or when you encounter him. Well worth the listen and I have listened to it a number of times.

What was one of the most memorable moments of Stagecoach?

The scene during the birth of the baby is great. Ward Bond pulls off the Doctor's role only as he could do it. Wonderful job! At the end after the gun fight is John Wayne as we should always remember him!

This is a western classic performed by the best actors money could buy at the time. John Wayne had just won an award for all time favorite actor and he certainly deserved it in my opinion and showed why in his performance!