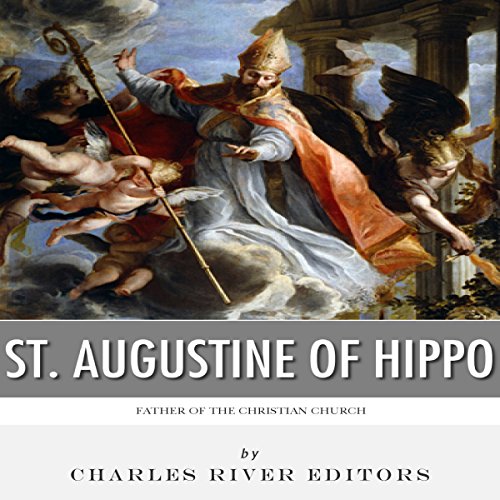 St. Augustine of Hippo: Father of the Christian Church

The Christian Church has no shortage of revered figures and saints, but it is difficult to find one that had a more decisive impact on the course of the Church's history than Augustine of Hippo. Augustine was a bishop of Hippo Regius in Africa, but his works, sermons and writings helped hold the Church together even as the Western Roman Empire was in its death throes, to the extent that every major branch of Christianity recognizes him today. The Catholic Church has venerated him as a saint and a Doctor of the Church, Orthodox Christians also consider him a saint, and Protestants and Calvinists cite him as one of the fathers and inspirations of the Protestant Reformation. In many respects, Augustine has provided the theological bedrock for Christians for nearly 1600 years, and as theologian John Leith noted in 1990, "Augustine, the North African of Berber descent, is today the spiritual father of multitudes who are remote indeed from him racially, politically, and culturally."

Augustine's voluminous writings also had the effect of making him one of antiquity's most influential philosophers. Though he will always be remembered within the context of Christianity, Augustine studied the works of Virgil, Cicero, and the ancient Greek philosophers, providing a critical bridge between religious and secular philosophy that would in turn inspire St. Thomas Aquinas and similar thinkers. In addition to framing the concept of original sin, it was Augustine who first wrote at length on the theory of just war. Paul Henry, S.J., noted, "In the history of thought and civilization, Saint Augustine appears to me to be the first thinker who brought into prominence and undertook an analysis of the philosophical and psychological concepts of person and personality. These ideas, so vital to contemporary man, shape not only Augustine's own doctrine on God but also his philosophy of man...."

What listeners say about St. Augustine of Hippo: Father of the Christian Church