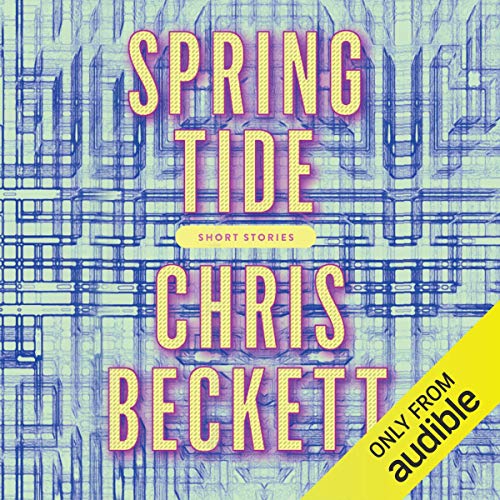 By: Chris Beckett
Narrated by: Rachel Atkins,Mark Meadows
Try for $0.00

Chris Beckett's thought-provoking and wide-ranging collection of contemporary short stories is a joy to listen to, rich in detail and texture. From stories about first love, to a man who discovers a labyrinth beneath his house, to an angel left alone at the end of the universe, Beckett displays both incredible range and extraordinary subtlety as a writer. Every story is a world unto itself - each one beautifully realized and brilliantly imagined.

What listeners say about Spring Tide

What a load of crap!

I would give this zero stars if I could. To start with, it is supposedly filed under the genre of "sci-fi". However, not oneof the stories in this book could remotely be described as sci-fi. The authors were apparently instructed to write along such themes as 'arrival', 'departure' and 'discovery' . These are not short stories. They are rabid monologues spoken by fantastically boring, incomprehensible or neurotic individuals. The stories do not have a beginning, middle, or an end; there is just this senseless random flow of thoughts. Mostly extremely boring ones.
One man reflects on his past love and how he can never love anybody else.
A description of random people arriving at a train station and departing again.
The story of an artist veers and judder inconclusively from one unrelated topic to the next.
A man questions the meaning of life and dwells on his wasted opportunities, then his wife is tragically killed in a car accident causing him to lament what he never appreciated he had.
An unbelievably irritating obsessive neurotic aunt is visited by her nephew in a bedsit in a block of flats, her raving woes causing me to strongly desire to strangle her.
The best story of the lot describes a little girl, neglected by her rich parents, her mother dies, father begins to sexually abuse her. She grows up in this rich old house, cared for by nannies and servants, and when she has a child herself, history repeats itself. This one is quite interesting and at least has a semblance of a storyline. Another story describes how a man mysteriously finds an exciting hidden cellar deep under his house. With a tantalizing buildup of suspense and excitement, this one at least had the potential to become a really interesting sci-fi story. As he explores all 22 floors and discovers 10, 000 hidden rooms, I started to wonder whether it was going to be like a hidden sci-fi world (prehistoric world? time travelling world? Narnia like world?) But sadly, no. Every single room is empty. what a pointless waste of time.
I began to question my own sanity (at downloading this book) at the story of an obsessive madwoman who wanders about at night fantasising about anthropomorphic animals killing each other.
However when I got to a story called Still Life, I totally lost the will to live at this incredibly boring description of chemical heating and condensation in a greenhouse. (WTAF!!!)

Goddam it, these are supposed to be specially commissioned sci fi stories!!! What an utter, moronic waste of time.

The nice articulate narrator manfully did his best to make each story sound interesting, and I loudly applaud him for his efforts, but I also commiserate with him at wasting his valuable time and possibly damaging his reputation in trying to narrate such crap.

When you compare this inane load of twaddle to wonderful classic writers such as H G Wells (who I have also been listening to on Audible) it beggars belief that these should be allowed to share the same airspace. I'm sending this book straight back for an instant refund. Oh, was this the free book? Ah. I totally understand why.