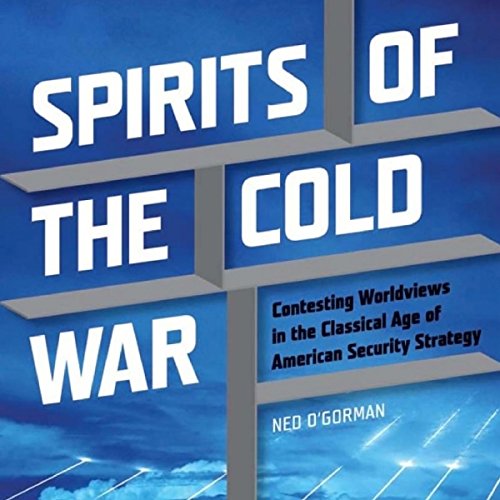 Spirits of the Cold War

In spring of 1953, newly elected President Eisenhower sat down with his staff to discuss the state of American strategy in the Cold War. America, he insisted, needed a new approach to an urgent situation. From this meeting emerged Eisenhower's teams of "bright young fellows", charged with developing competing policies, each of which would come to shape global politics. In Spirits of the Cold War, Ned O'Gorman argues that the early Cold War was a crucible not only for contesting political strategies, but also for competing conceptions of America and its place in the world. Drawing on extensive archival research and wide reading in intellectual and rhetorical histories, this comprehensive account shows cold warriors debating "worldviews" in addition to more strictly instrumental tactical aims. Spirits of the Cold War is a rigorous scholarly account of the strategic debate of the early Cold War - a cultural diagnostic of American security discourse and an examination of its origins.

"A fascinating exploration of the rhetoric of different historic approaches to U.S. foreign policy. Spirits of the Cold War is an illuminating and invigorating text." (Jean Bethke Elshtain, University of Chicago)
"This book is excellent! It is the most powerful, convincing, and fertile piece of constructivist and discourse analysis I have read." (Colin Flint, Director of the Program in Arms Control, Disarmament, and International Security)

What listeners say about Spirits of the Cold War