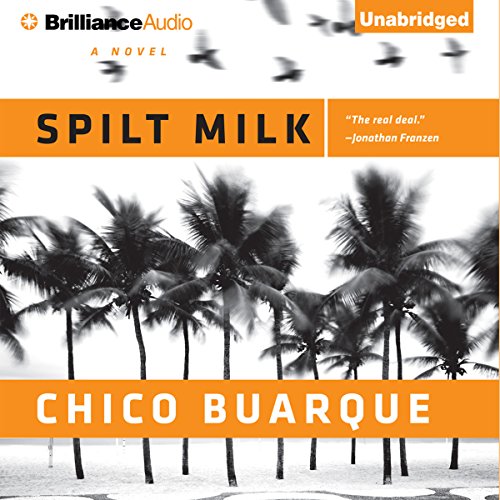 From world-renowned Brazilian writer Chico Buarque comes a stylish, imaginative tale of love and loss. Spilt Milk is the story told by 100-year-old Eulálio d’Assumpção as he lies on his deathbed, rambling to his nurses and visitors through a haze of morphine and memory. Ribald, hectoring, and occasionally delusional, Eulálio jumps through time and space, melding history and fantasy to unravel the story of his family, his heritage, and a changing nation.

He begins by retracing his youth as the son of a conservative Brazilian senator and wealthy coffee exporter. Proud of his noble heritage - and eager to recount it to anyone within earshot - he recalls trips to Europe with his father, who introduces him to cocaine, sex, and a disciplinary whip that has been passed down through four generations of military men. At his father’s funeral, the teenage Eulálio falls powerfully in love with a dark-skinned choir girl named Matilde. His memory floods with exquisite detail as he recalls their furtive after-school courtship and the late-night rendezvous that led to their unlikely marriage. But the birth of their daughter marks a moment of crisis for the Assumpção line, and Eulálio struggles to understand why the love of his life seems to be withdrawing from him.

In Spilt Milk, Buarque conjures an evocative portrait of a man’s life, his loves, and the chaos of memory, all set against 200 years of Brazil’s turbulent history.

Could Not Get Through It

I listened halfway through, but that was all I could take. The narrator was OK, but I was very disappointed by the novel itself, especially after all the great reviews.