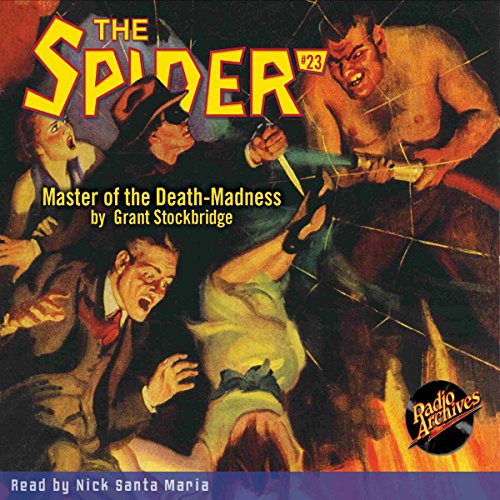 The madness first struck at sea! As if at a signal, young and old initiated the wild bacchanal of self-destruction! Never before had a criminal of such horrible, death-dealing genius preyed upon the American people. Never before did Richard Wentworth, who was in secret the dread Spider, combat a foeman of more deadly power. And while the Spider lay gravely wounded, his beloved, Nita, went forth alone to battle for her sweetheart, as only a brave woman can do!

Nick Santa Maria brings the action to vibrant life, narrating with a fever-pitch intensity. "Master of the Death-Madness" originally published in The Spider magazine, August 1935.