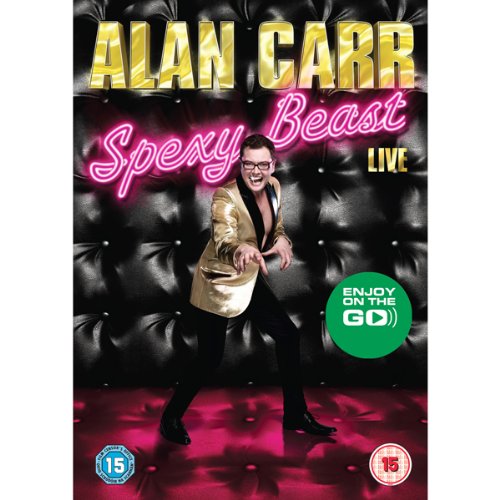 Award winning stand-up comedian Alan Carr’s long awaited second stand-up show Spexy Beast Live. recorded in front of a sold out crowd of 13,000 fans at the Manchester Evening News Arena as part of his 33 date UK and Ireland arena tour, Spexy Beast Live sees Alan back on stage and follows on from where his debut best-selling release Tooth Fairy left off.

I love Alan Carr and once you tune into that voice... his stand up is hilarious. Absolutely brilliant. Good for long car journeys.