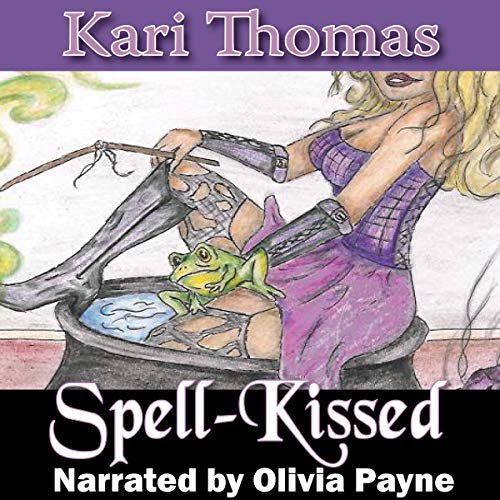 By: Kari Thomas
Narrated by: Olivia Payne
Try for $0.00

Briana Adair is a witch with a glitch.

Whenever Briana’s emotions kick in, her spells fizzle out. Entrusted with a magical sphere containing the Tree of Life, she can’t risk letting her feelings run amok. Her life and the safety of the world she knows depend on it. But now, an evil force is putting her guardianship and witch skills to the test - and the one man whose help she needs brings enough sizzle to cause an awful lot of fizzle.

Burned-out, hunky police detective Hunter thinks his mother’s new tenant is just about as crazy as they come. Witchcraft? Maybe it’s just the power of the moonlight, but even cynical Hunter can’t deny Briana has cast a spell over him. As he begins to see some supernatural threats firsthand, will Hunter learn that love and magic are actually one and the same before it’s too late?

What listeners say about Spell-Kissed