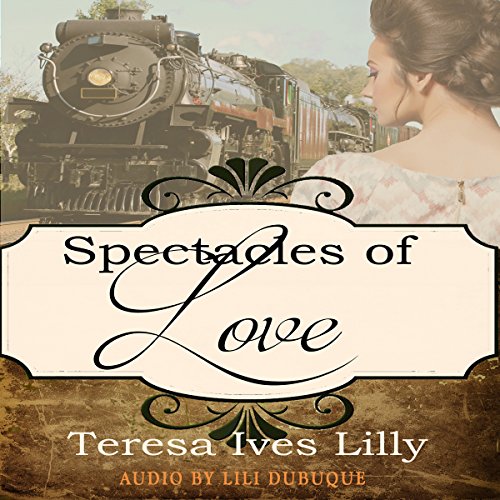 By: Teresa Ives Lilly
Narrated by: Lili Dubuque
Try for $0.00

Charlene Trumbel is 29 years old, a spinster daughter of a wealthy New York family. However, she is appalled at the wasteful lifestyle her family lives. When given a chance to ride on the Orphan Train to get firsthand experience to write an article to induce wealthy families to support the Orphan Train, Charlene jumps at it.

However, her poor eyesight, which has caused her to remain a lonely wallflower her whole life, almost stops her from the trip. That is until she meets a young city boy who agrees to come along with her and be her eyes. Along the way, Charlene learns the ins and outs, ups and downs of what it means for the children to be sent west on the orphan train.

Bronson Jacobs, owner of a Kansas brick company is on his way home when he first meets Charlene on the train. He is instantly attracted to her and interested in the concept of the Orphan Train, but he can't understand why she doesn't get some spectacles to help her see better. Bronson offers to tag along and watch the proceedings as the children on the Orphan Train are placed with families in several Kansas towns.

When Bronson takes it into his own hands to force Charlene to get a pair of spectacles, will she see his act as one of love?

This is a new author to me. This is a good book about a girl who has problems seeing and needs glasses but don't want them. It has a good story line. Lili Dubuque did a good job narraiting this book.