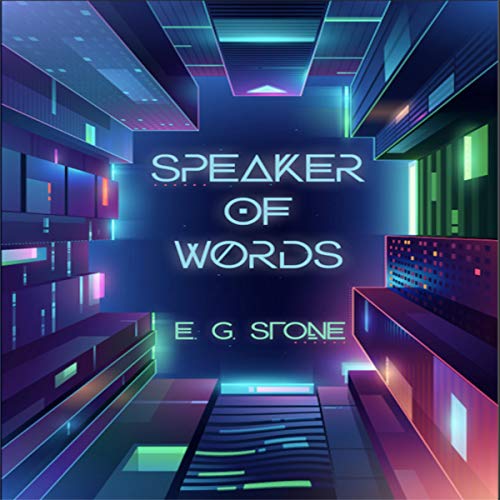 Inspector Maddox Dawes of Kyper Central has one more month until retirement. One more month, that is, until a group of rebellious dissidents to the Republic start painting a mysterious message across the screens:

No one knows what it means, and the computers have been hacked by the rebels, erasing any trace of their doings. Dawes must work with the only language expert in the Republic to determine just what these rebels are saying and why.

The answers lie shrouded behind layers of politics, an influx of the drug Dreamscape, and the leader of the rebels, Ske’toa, who always seems two-steps ahead.

The world is broken. But how do you go about fixing the world if the words to express its wrongs don’t exist?

What listeners say about Speaker of Words