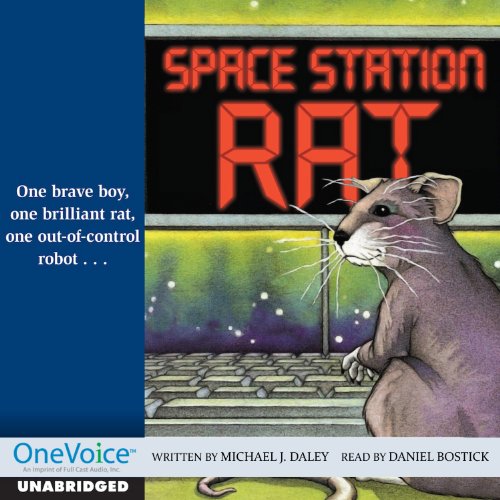 Jeff thought life on a space station would be a great adventure. Boy, was he wrong! His parents have no time for him, the captain has no use for him, and his weird robot caretaker has no tolerance for him.

Jeff is not the only one on the station feeling lost and lonely. Also on board is a Modified rat who accidentally stowed away while trying to escape the lab where she was created. When Rat begins emailing Jeff in an attempt to get food (she’s a very bright rat), the two form an unlikely friendship. The thing is, Jeff has no idea his new pen pal is a rat.

Michael J. Daley has concocted a rare treat: a genuine science-fiction novel for younger audiences. Humorous, exciting, and touching, the adventures of Jeff and Rat will delight anyone who has dreamed of life in outer space.

Life in the Future

This is a story of a genetically enhanced rat who ends up on a space station in the not too distant future. On the station is a boy whose parents are too busy to have much time for him. Their interactions with each other and the station itself form the core of the story. And of course, we save Earth as a by-product.

The tale provides an accurate look at what space travel will really be like in the near future. No Star Trek, no giant battling robots (although robots play a big part in the story), no zombies and no aliens. A real future instead of an imaginary one.

I highly recommend this book for kids and even adults. The story-telling could be a little more polished and some of the characters are tailor-made for cartoons, but it's still a very good book.