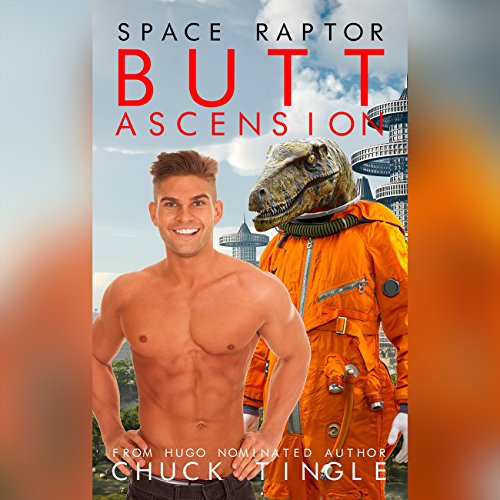 Soon after blasting off on their mission to find refuge for the people of Earth One on the dinosaur inhabited Earth Two, Orion and his space raptor lover Lance find a spaceship stowaway, the notorious CEO of Scounrels Inc., Vam Dox. Vam claims that his intentions are pure, but it's hard to trust such a sad, strange man.

After landing in Hugona, the planet capital of Earth Two, our heroes restrain Vam Dox and head off to secure an important diplomatic relationship with the pterodactyl president, but that's when all hell breaks loose. Soon, Vam Dox is storming the capital with a band of rabid dogs, and Lance and Orion are wrongly taking the blame!

Fortunately, Lance and Orion know that the only cure for evil this strong is to prove their love in a hardcore gay encounter at the steps of the capital building. When the smoke clears, will Vam Dox be revealed as the supervillain that he claims to be, or a meek, lonesome man-baby who is starved for attention.

Truly a marvelous story that gave me a lot of joy and chucklea. Maybe even a tingle, as I listened to it.