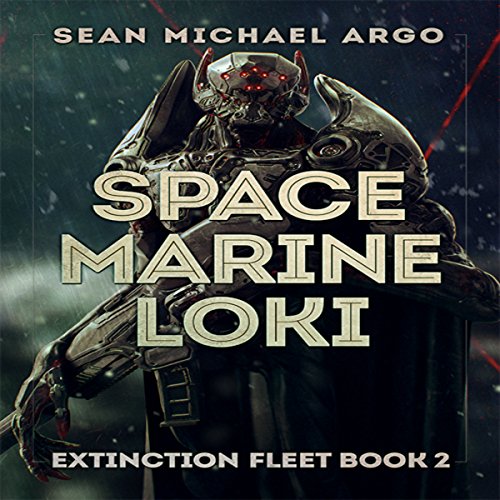 By: Sean-Michael Argo
Narrated by: F Ian DeMaster
Try for $0.00

This is the fate of all Einherjar space marines, tasked to battle for humanity against ravenous alien swarms in an endless war of survival or extinction.

The garm on Heorot have been exterminated, and the extinction fleet's suicidal assaults turned back upon every front across the universe. However, the Hive Mind still pulses with psychic menace, and marine Ajax can hear its hideous siren call.

Task Force Grendel has been assembled to hunt down other alpha garm that have appeared deep within human space, and a growing number of marines believe that Ajax is the great hero Beowulf, come now to re-conquer the stars. Ajax himself has doubts, though, as he and his band of brothers are hurled into the slavering jaws of danger again and again, his only choice is to raise his rifle and fight.

As the Einherjar hunt monsters, a legendary warrior rises from the body forge, his mind overwhelmed with equal parts myth and madness. His betrayal unleashes a host of abominations, and threatens to shake the very pillars of human civilization to dust as the traitor reveals that evolution is a weapon of mass destruction.