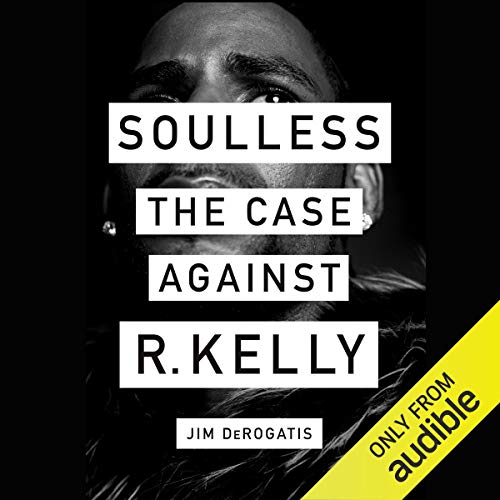 The essential account of R. Kelly’s actions and their consequences, a reckoning two decades in the making

In November 2000, Chicago journalist and music critic Jim DeRogatis received an anonymous fax that alleged R. Kelly had a problem with “young girls”. Weeks later, DeRogatis broke the shocking story, publishing allegations that the R&B superstar and local hero had groomed girls, sexually abused them, and paid them off. DeRogatis thought his work would have an impact. Instead, Kelly’s career flourished.

No one seemed to care: not the music industry, not the culture at large, not the parents of numerous other young girls. But for more than 18 years, DeRogatis stayed on the story. He was the one who was given the disturbing videotape that led to Kelly’s 2008 child pornography trial, the one whose window was shot out, and the one whom women trusted to tell their stories - of a meeting with the superstar at a classroom, a mall, a concert, or a McDonald’s that forever warped the course of their lives.

Soulless: The Case Against R. Kelly is DeRogatis’ masterpiece, a work of tenacious journalism and powerful cultural criticism. It tells the story of Kelly’s career, DeRogatis’ investigations, and the world in which the two crossed paths, and brings the story up to the moment when things finally seem to have changed. Decades in the making, this is an outrageous, darkly riveting account of the life and actions of R. Kelly, and their horrible impact on dozens of girls, by the only person to tell it.

What listeners say about Soulless

The story only Jim DeRogatis could write

I grew up on the south side of Chicago and vividly recall hearing the stories about R Kelly' preying on young girls when I was in high school. I even had a friend who was good friends with his first victim, Tiffany Hawkins. He'd tell anyone who would listen that R Kelly was no good and that people shouldn't support his music.  I used to see Robert hanging around Lincoln Mall frequently in suburban Matteson (not far from his mansion)  and I'd wonder why he'd waste his time there when he obviously had better things to do. It never even occurred to me that he'd be picking up his next victims.....  Jim calls Chicago, "a big small town" and I'd agree with that statement. The south side is a small community and when you grow up here you're connected to people typically by a few degrees of separation.  EVERYONE talked about R Kelly and everyone knew about his rumored affinity for young girls. People spoke of it in a matter-of-fact manner as if it were a fact of life that couldn't be changed.


I firmly believe that Jim is the sole reason why R Kelly's days as a serial predator may be numbered. Jim DeRogatis was the ONLY voice speaking on the subject publicly back then. He's been the most consistent voice fighting for all of Robert's victims. His reporting on this story has been relentless and tenacious. This book is the one only HE could write.


Growing up around the story since it's inception I was surprised that there was so much that I didn't know. The book is extremely detailed starting from the very beginning and ending with the most recent events. It's a bit dry at times, but it's a book about a serial pedophile/abuser. It's not supposed to entertaining or necessarily enjoyable.  The book is painstakingly researched and Jim handled each survivor's story with care managing to snag a few exclusive interviews along the way.


Surviving R Kelly felt like a highlight reel after reading this book. Sure the highlight reel gets all the glory, but the real work is put in when no one is watching. This book is the blood, sweat and tears of the last 20+ years that Jim has reported on this story. It can be a lot to take in at times, but It's most definitely worth the investment of your time.


Jim narrates the book in a steady monotone. He sounds exactly the same as he does when he's being interviewed or doing his podcast. His narration style isn't the most exciting or expressive, but it felt appropriate for the subject matter.

Best layout of the Rob Saga

This journalist is very detailed with the accounts over such a long time span. He did an exceptional job with integrity and empathy for the victims. I enjoyed how the story was told in such a poignant way. Great job.

This book was factual, professional, empathetic and demanding of accountability of us all. I enjoyed this one.

The Reality Of Child Rape Is On The Table

Meticulous accounting. A drop of rain in a desert. Well told story of a serial rapist enabled by the village. Everywhere he went.
We live in a time of child rape in the name of "entertainment". Backpage Organized Crime Syndicate bought the Village Voice and used it as a front to launch the largest crime syndicate in history in front of everyone's eyes. Their human trafficking enterprise spread into 943 locations 97 countries and 17 different languages. They created a demand for sex with children by flaunting child porn all over the Internet. Nobody said anything for years. Child Sex Trafficking increased 850% in the U.S.A. as the Co-Founders wrote the victims off as "underage prostitutes". They made millions upon millions on the backs of children being raped. Only one documentary on it (I am Jane Doe). We desperately need the education offered in this book. It is a labor of love and a duty motivated book, from a place of love, responsibility, and empathy for women and children. This story needed to be told and thank God someone cared enough about the plight of the victims to spell it out. Standing Ovation!

Downloaded this on my girlfriends account after hearing you on "South Beach Session". Wow Sir! As a 43yr old black man who is a father of 5 daughters from Flint, Mi with Familial Roots on The South Side (63rd and May my sister lives down the street from Englewood Elementary presently) I want to say thank you for help giving daughters, sisters, aunts, mothers, these beautifully strong women who were victimized by this predator their voice. Now I'm gonna go look for your music lol.

I have been captivated by the R. Kelly scandal ever since I read the Buzzfeed article claiming he ran a cult. At the time it seemed ridiculous to me. I’d heard about the infamous “Pee Tape” as a teenager, and I’d known there was some controversy. But watching Surviving R. Kelly opened my eyes to how far reaching this man’s crimes have been and this book filled in the details.

When I found this audiobook I assumed it would be a rehash of the same information I already knew. To a certain extent this is true, this book does retell and reference the Lifetime documentary. But Jim DeRogatis goes further. Jim was on this case from the beginning, he is the reporter who turned in the infamous tape. He has been chronicling this story for years and has spoken to all the major players. He and Sparkle watched the tape together, and was even compelled to testify at R. Kelly’s trial. There is no one who knows this case better excepting Robert Kelly himself.

If you watched the documentary and wanted to know more, this is THE book to listen to for answers. Jim compassionately shares these women’s stories and his outrage on behalf of the victims is palpable throughout his narrative.

Fills in the Gaps

If you've been casually following the R. Kelly criminal cases over the years, this audio book will put things in order.

The world has changed since #metoo, and Jim DeRogatis had been working to change our minds on predatory men before we wanted to listen! now it's our time to listen!!!

Informative and disturbing , I would not want to read again. A story you’d only need to hear once.

Jim derogatis is a hero for exposing R kelly.

R kelly has ruined girls lives, the talented women he never made a star but part of his sex cult. The trainer is still out there the woman who had sex and trained all the girls how messed up must her mind be ? She has been with him since 14 friend of rashonda landfair. He made all of them recruitersof their friends. Rashonda landfair parents are beyond despicable ‼️