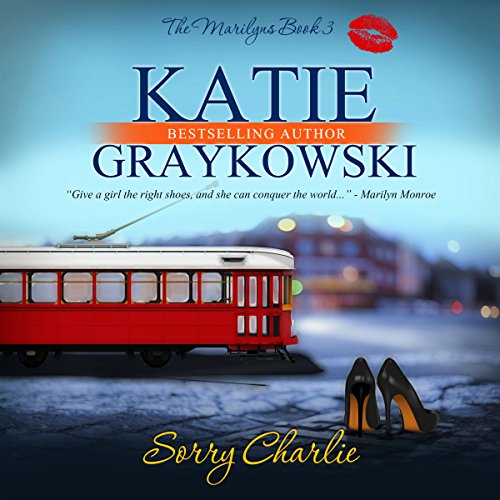 By: Katie Graykowski
Narrated by: Pam Dougherty
Try for $0.00

Charlotte Guidry, Charlie, is Louisiana royalty. Her ancestor Jean-Baptiste Le Moyne De Bienville settled New Orleans, and someone from her family has been running either the city or the state ever since. Her father The Honorable Thaddeus Thibodaux, governor of the great state of Louisiana, is up for reelection, and Charlie is in charge of his campaign.

Wagner Scott will do anything to help his candidate Jerome Breaux win the governorship including wining and dining the competition’s campaign manager. It certainly isn’t a hardship taking Charlie Guidry out on the town. In fact, he’s enjoying this assignment. He’s never met a woman quite like Charlie. She’s anything but dull. Soon, she comes to mean more to him than just a means to an end. He has feelings for her.

Can he sacrifice everything he believes in for love? Can she forgive him?

Fans of Susan Elizabeth Phillips and Rachel Gibson won’t want to miss this story full of laughter, love, and ranching.

What listeners say about Sorry Charlie

I loved this addition to the Marilyn's series. Charlie (Charlotte) is such an endearing character. Katie Graykowski wrote such a great book full of humor, hope, love, redemption, vivid imagery and some revenge. Pam Dougherty was the perfect voice to narrate this book. She is so talented giving distinguished voices to the various characters. Her emotions fit the book perfectly. This book is a standalone listen, but I am glad that I've listened to the others in the series.

This author and narrator together are incredible!

This was a delightful listen! The story by Katie Graykowski was the funniest I've read in a long time!
Wagner Scott is hired by Charlie's father's political opponent (who happens to also be her ex-fiance) to get close to her to learn the campaign secrets. Wagner is a "fixer". He goes in and fixes problems that people have. However, he turns out to be the one that needs fixing. Charlie brings something out in him that makes it impossible for his brain to filter the awkward and sexually inappropriate thoughts he has around her. It makes for a lot of hilarious dialogue! When he realizes he's in love with her, he wants to quit that particular job and make things right. But will it be too late when Charlie finds out he was working for her ex-fiance?
Charlie was a great character (very sophisticated and put together, but with a great sense of humor), but Wagner Scott was my favorite character. All of the characters in this book were amazing and the performance by Pam Dougherty just made them stand out even more. I will definitely be looking for more of the works of Katie Graykowski and Pam Dougherty, together and separately.I highly recommend if laughing out loud while listening isn't a problem for you!

At last, the conclusion of The Marilyn's trilogy.

I've waited for this for quite a while. And it doesn't disappoint. Granted, it's much shorter than the first two, but is every bit as enjoyable.
To start the book off with a wedding, honestly, I was horrified. But, this is Katie Graykowski, and The Marilyn's. I should have known that Charlie's friends wouldn't let us suffer through that. But of course, while it was the right decision to steal Charlie away before she could say, "I do" to simply secure her father's campaign donation, consequences ensue.
And when Mama Cherie is involved, you know it's about to go sideways.