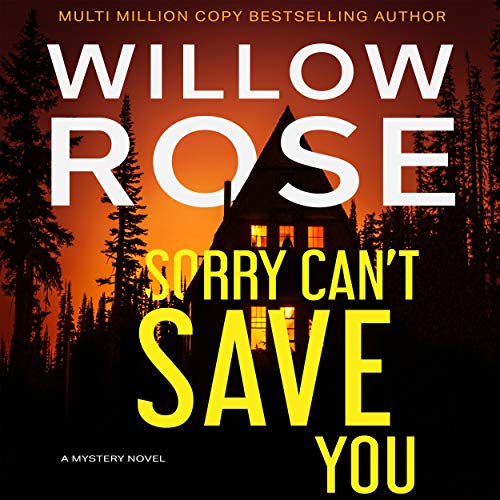 Sorry Can't Save You

By: Willow Rose
Narrated by: Rebecca Cade
Try for $0.00

From multimillion-copy best-selling author Willow Rose comes an outstanding stand-alone mystery that will keep you guessing till the end!

What if you thought your husband was a murderer?

The man you loved, the man who gave you two beautiful children and a perfect life.

What if no one believed you?

Laurie Davis is the mother of two children, struggling to keep her family together since her husband, Ryan, went to war and came back changed. His PTSD is evident. He wakes up at night, screaming in fear; he can’t stand loud noises or anyone sneaking up on him. He even gets aggressive toward Laurie and the children. It has gotten so bad that he can no longer stay under the same roof as his family.

When a woman from his squadron is found murdered, Laurie discovers something that makes her suspect Ryan, her own husband. But what do you do when no one believes a decorated war hero could also be a murderer?

What if you don’t want to believe it yourself?

As more people from the squadron turn up dead, by apparent suicides, Laurie digs deeper into the case. She is risking her own life by putting it all on the line in a race against time to avoid becoming the killer’s next victim.

Buy Sorry Can't Save You today and you’ll miss sleep, skip chores, and have no time for family or friends.

What listeners say about Sorry Can't Save You