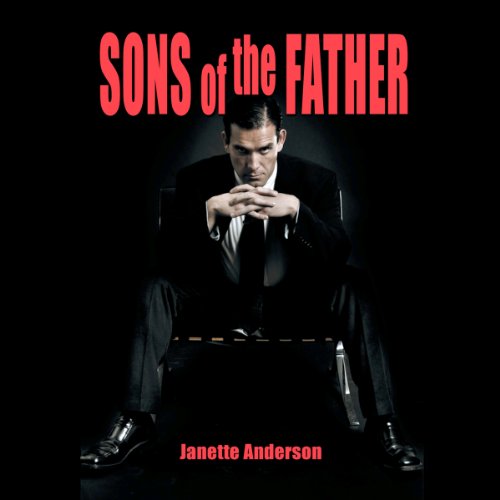 Sons of the Father

By: Janette Anderson
Narrated by: Mike Dennis
Try for $0.00

Janette Anderson is the female Mario Puzo. Sons of the Father is the modern-day Godfather from a woman's point of view. Violent, sexy, and she lived it.

Director and producer Jerry London Philip Vega is a man to die for. Janette Anderson was born in England, but now resides in Los Angeles as a US citizen. Having earned a degree in communications, she traveled round the world, and then began a career as a celebrity journalist interviewing over 500 stars in the process. Graduating from the WGA as a signatory agent, Janette opened her own company arranging parties and events for the stars. After completing the Kane Branson series of books, Ms. Anderson has moved on with other stories. Sons of the Father is the first of several Mafia/adventure books to follow.

What listeners say about Sons of the Father

SONS OF THE FATHER is an exciting story about a beautiful young woman who suddenly finds herself being drawn into a dangerous world that she never expected to enter. The narration is expertly done, bringing the story to life and making the characters seem real.

"From a woman's point of view"

I'd like to be more positive in my review but this is truly a pale comparison to The Godfather. We just don't think the same way men do. The narration was equally pale in comparison. If you're looking for a "chick flick" version, you'll probably like it.

What would have made Sons of the Father better?

Changing the cringing dialogue for a start; it is like the script of a dreadful 'B' movie. I want realism in a book particularly one based on the Mafia.

I don't know yet. Probably a non fiction account of crime or military experience.

Unfortunately, his English accent is one of the worst I have ever heard. It varies throughout and sometime sounds possibly Scottish; very weird anyway. It would be hard to make anyone sound good with the melodramatic script though.

If you could play editor, what scene or scenes would you have cut from Sons of the Father?

I would change the narrator for a start and the whole book needs editing to give it more of an edge instead of resembling a soppy soap.

I certainly will NOT be buying anything written by this author again.