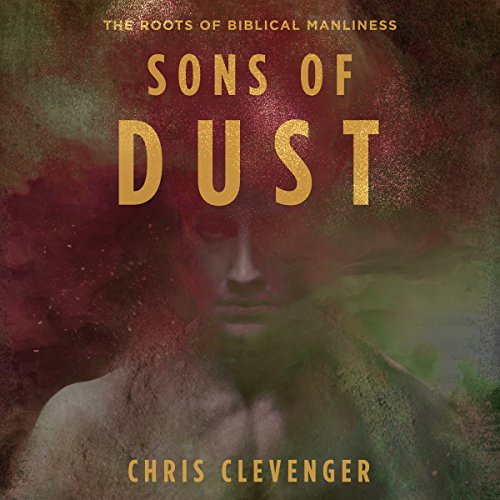 Masculinity has been misrepresented in contemporary society. Men have become associated with either of two camps, one of which is too similar to femininity to be complementary, and another that is a caricature which casts modern men as Neolithic knuckle-draggers in a primetime sitcom.

Millions of modern men need a rallying point, a deep understanding of the masculine spirit capable of transforming our cultural concept of masculinity.

In the second chapter of Genesis, Moses introduces us to Adam, a man created by God to be the perfect embodiment of masculinity. The Lord fashioned man from the dust of the ground, breathed into his nostrils the breath of life, and initiated him into real manhood by giving him a passion and a purpose. By meditating upon the early narrative of the first man's creation, modern men can become acquainted with the roots of biblical manliness.

The descendants of Adam, Sons of Dust, find in the first man everything God intends for them to embody personally, professionally, and paternally.

In Sons of Dust: The Roots of Biblical Manliness, Chris Clevenger guides men through the second chapter of Genesis, highlighting concepts that develop and enrich the masculine spirit. By guiding men through the account of the Garden of Eden, Chris invites men to cultivate the character that God himself instilled in Adam and, by developing such a character, live up to their potential as Sons of Dust.