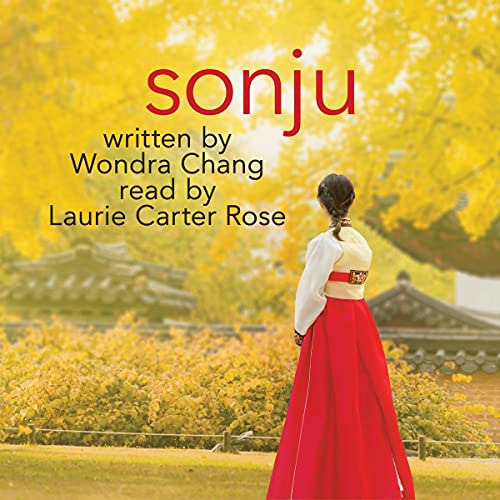 By: Wondra Chang
Narrated by: Laurie Carter Rose
Try for $0.00

Sonju opens on a chilly day in November, 1946 in Seoul, Korea. Japan has ended its 35-year occupation of Korea after the bombing of Nagasaki and Hiroshima. The American military has become the new occupier. Sonju is on the way to her best friend’s house when she sees two Americans in military uniforms walking ahead of her, and her heart stirs. So begins the story that spans over two decades.

Sonju comes of age in Japanese-occupied Korea, and having received a modern education, she imagines a life of equality and freedom of choice. Her ideals soon clash with the centuries-old Confucian tradition of order and conformity when her mother arranges her marriage to a man she has never met. The decisions she makes during the Korean War lead to her being disowned by her family, betrayed by her best friend, and shunned by society.

Through the period of rapidly evolving political strife in her country following its liberation in 1945, Sonju’s private struggle to seek her relevance in a male-dominated society parallels the struggles of Korea on its way to becoming a force in the world.

What listeners say about Sonju