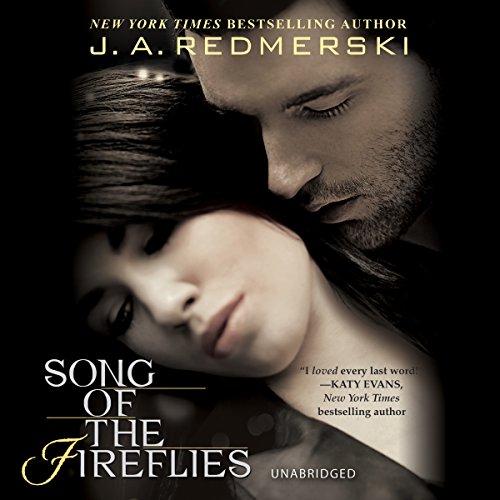 Song of the Fireflies

By: J. A. Redmerski
Narrated by: Chelsea Hatfield,Douglas Berger
Try for $0.00

The truth will set them free.

Brayelle Bates has always been a force of nature. Even as a child, Bray's wild and carefree spirit intimidated everyone around her. The only person who's ever truly understood her is her best friend, Elias Kline. Though every fiber of her being wants to stay with Elias forever, Bray can't bear the thought of him discovering her agonizing history. She's done everything she can to keep him at arm's length, including moving away. But their undying bond was too strong a pull to deny, and Bray couldn't survive without him. Now she's back home with Elias, and things have never felt more right - until one night changes everything.

Elias vowed never to be separated from Bray again. So when she decides to flee in a desperate attempt to escape her fate, Elias knows he must go with her. As the two try to make the most of their circumstance, taking up with a reckless group of new friends, Elias soon realizes there's a darkness driving Bray he can't ignore. Now in order to save her, he'll have to convince Bray to accept the consequences of their reality - even if it means losing her.

What listeners say about Song of the Fireflies

A love story! It almost deals with mental illness, bipolar and depression. The book shows both sides of the disease. Though it is a deadly illness to the victim, it is a heart aching disease to family who are helpless at times as to what to do.

This is a hard story to read and most likely the cause for the uneven reviews.

The book is well written and the story is unique and full of passion but I just couldn't get into it. It was a bit gloomy and I don't know - something about it just kept me at arms length from really loving it.