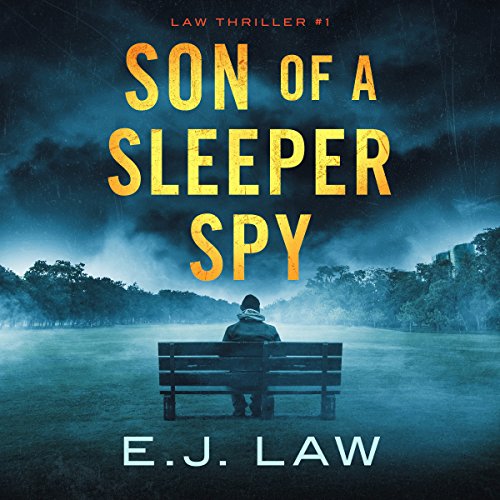 Son of a Sleeper Spy

His father...a Russian spy? It can’t be.

Alexei Lideika has a new identity - part of his witness protection - but now he’s ready to tell his story. On the same day he fails the bar exam, he learns his father is a sleeper spy for Russian operatives. Soon he becomes entangled in the FBI’s plot to take down a dangerous man known as “The Rook”. And Celia, the love of his life, has seemingly fallen for another man - one of the Russian operatives.

Amid arson, kidnapping, and torture, everyone and everything Alexei cares about is in danger. He must play an intricate game of deception between the Rook and the FBI. But how can he save his family and at the same time study to pass the bar? Is the reckless, charismatic lawyer Marcus Emory the answer to his troubles...or is he, like everyone else in Alexei’s life, more than he seems?

E.J. Law has created the first of a series that is not your typical legal thriller. While Son of a Sleeper Spy is interwoven with action, intrigue, and suspense, it also teaches principles of law to provide the proper foundation for a student to pass the bar exam.

What listeners say about Son of a Sleeper Spy