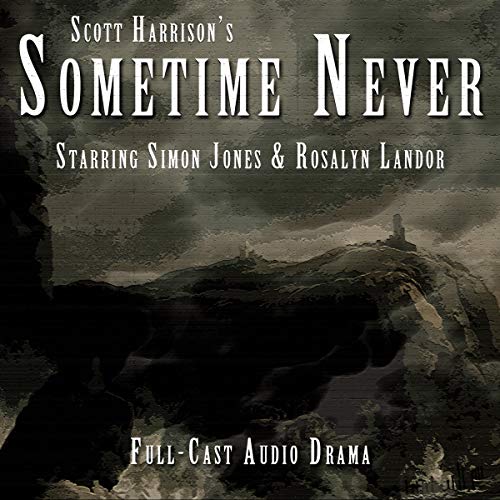 By: Scott Harrison
Narrated by: Simon Jones,Rosalyn Landor
Try for $0.00

Sometime Never tells the story of a chance meeting between Nancy Timperley and the mysterious David Voland, at the site of a past tragedy. Just why is Nancy there, and what does David know of her past and the tragic events of so many years ago?

This is the debut audio drama from Spokenworld Audio, the first in a series of six titles written by Scott Harrison, all two-person half-hour productions, focusing on strong performances within a SF/F/Horror environment. Sometime Forever focuses on just two characters, in a confined location, allowing the listener to enjoy the performances to their fullest, and includes full sound design and music score by Neil Gardner and James Dunlop, who worked together previously to create the second series of The Confessions Of Dorian Gray for Big Finish.

"... this is one tale that crafts an instant ear-grabber, enhanced with fabulous sound design, and music...Harrison's script has been brought to life in the best way possible..." (Alwyn Ash)

What listeners say about Sometime Never

This is a nice little ghost story to chill you to the bone.
Excellent cast & sound track. One to listen to again & again.