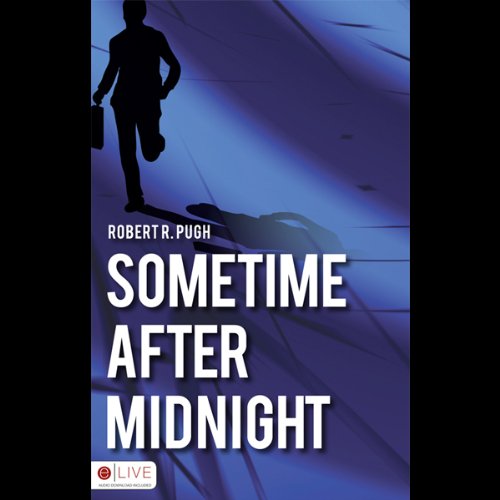 What takes place Sometime After Midnight makes all the difference in the daylight.

Samuel Carlisle was used to routine. Having turned down a chance to practice law with a better firm, he knows he won't be moving up any time soon. But he believes his loyalty to his boss, Craig Myers, counts most - a belief that lands him in trouble. His routine is suddenly broken by the arrest of political figure A. J. Kellerman, who Samuel knows is linked to Craig. Initially wanting to protect the firm, he stumbles on to information that proves Craig's involvement, but just how deep does Craig's involvement run?

As he uncovers the truth, lives are put on the line, some that he can't bear to lose. With Craig nowhere to be found, Samuel races to find answers while struggling to protect his life.

Robert Pugh spins a captivating tale of deception, intrigue, and murder that will keep listeners on the edge of their seats as they learn what happens Sometime After Midnight.