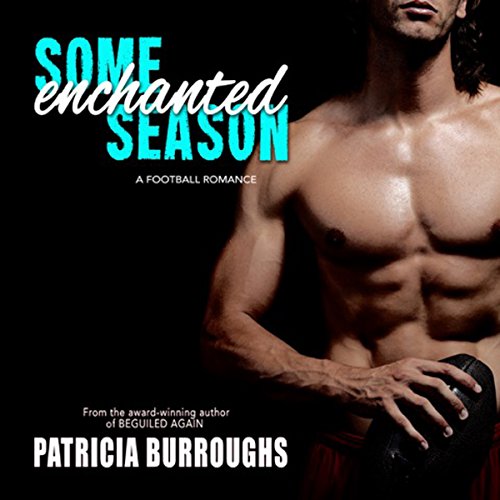 By: Patricia Burroughs
Narrated by: Katina Kalin
Try for $0.00

Are you ready for some football? Then you're ready for Some Enchanted Season. Kevyn Llewellyn needs a god. She must have exactly the right model for Darius: Warrior-God of the Gray Planet, or she'll lose the contract to illustrate the rest of the series. When she sees him - none other than NFL football player Rusty Rivers - she does the absolutely logical thing: she kidnaps him. Or rescues him…it depends on whom you're asking.

Rusty Rivers is no god. He's the kind of guy who's squandered every opportunity from the Redskins to the Cardinals, while Kevyn's had to fight for every chance to prove herself as a cover artist for fantasy novels. His struggles have been broadcast across the sports pages, while she keeps hers buried deep. They're as different as meteor and moonbeam, with nothing apparent in common. In this doomed, yet enchanted, football season, dare they hope something magical can happen that will last forever?

What listeners say about Some Enchanted Season

Football and romance, two of my favorite things!

She's an artist with a painful secret. He's a football player with an embarrassing past. This story is both fun and poignant, and the reader did a wonderful job of expressing both.