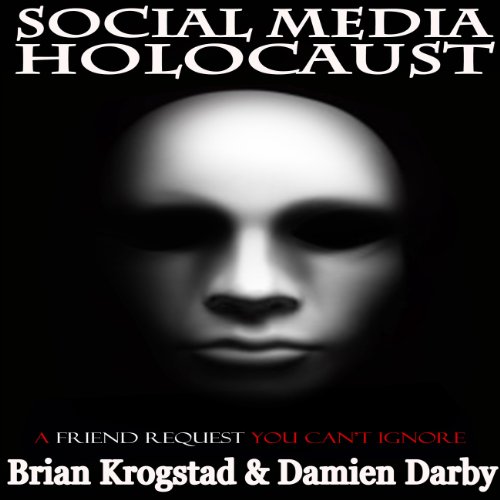 What you are about to hear will disturb you; make no mistake.

Within the first few minutes, you'll be confronted with a troubling fictional story revolving around two things that are deeply rooted in modern society: the fear of death and the obsession with social media.

In fact, it will challenge comforting and preconceived notions of the social order at large. Tragedy rains down upon this story, tinged with shadow, and making slippery all that we take for granted through this dark tale.

From the prison industry to Anonymous, from a second American revolution to wide-spread mass murder, it's meant solely to entertain but raise a few eyebrows along the way. The journey ahead is wrought with things that will leave uneasy impressions for the remaining days of your life; a sincere warning.

For what if one day people began receiving friend requests, and then within 24 hours, either they or someone on their friends list gets hacked-up nasty style? Photos, memes, and short moving picture clips of their murders begin showing up on their timelines.

It starts small, but then spreads across the globe like an apocalyptic wave of the sun's energy crawling across every inch of bare and exposed land.

Let's face it, western society is already tip-toeing along the brink of all out civil upheaval. What if someone with a master plan used organized murder, social media, and a chaotic moment in history to pull off the most unimaginably large heist of all time that ended up re-molding the entire face of humanity?

The more disturbing question is, what if that's all just the modern propensity to lean towards conspiratorial explanations of the seemingly irrational?

Either way, what lies in store is a wild ride that will take you through many edgy, controversial, and perturbing experiences.

Social media becomes the vehicle for a 21st century holocaust.

You're invited to enjoy at your own risk.