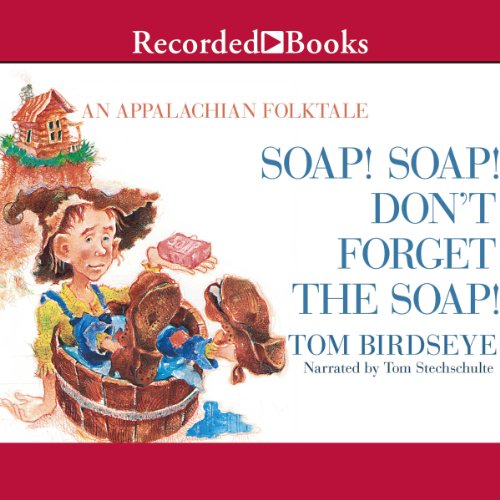 Deep in the mountains of North Carolina, there once lived a young boy with such a poor memory that he sometimes forgot his own name. Now, Plug Honeycut's mother loved him. So she was the only one who had enough faith in her son to send him on an errand. Leaving their hilltop cabin, he started toward the distant country store to buy some soap. As Plug trudges along the path, over the hills and streams, he also follows the erratic trail of his elusive memory. The result is a folktale that is sure to have listeners laughing out loud at the adventures Plug meets on his quest and the unforgettable result of his journey. Former teacher Tom Birdseye is a favorite author of young readers.

His fun-filled stories, including I'm Going to Be Famous and Just Call Me Stupid, appear on school reading lists across the country. Soap! Soap! won the Nebraska Golden Sower award for children's fiction.