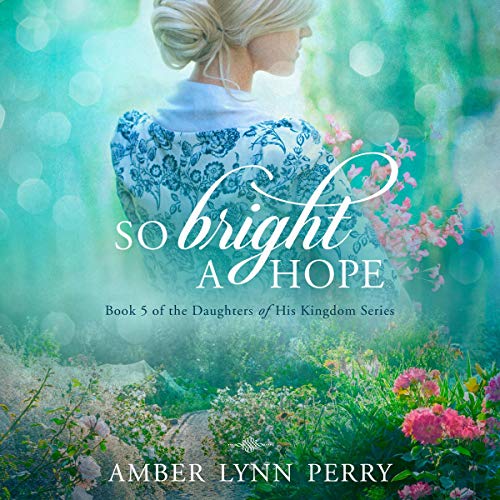 So Bright a Hope

When Caroline Whitney receives word that the brother she thought was dead is in fact a prisoner of war, she is frantic to rescue him. On the way to find help, she is discovered by a rugged British soldier who claims she must go with him or be tried for espionage. The world would tell her this man is the enemy, but the veiled secrets in her captor’s eyes reveal he is more than he seems. If she fails to trust, more will be endangered than her life - her heart is bound to be broken a second time. As a double agent in the service of Washington, British Captain James Higley must keep his true convictions a secret or face being killed as a traitor. On his newest mission, he discovers a courageous woman hiding in a barn and is forced to capture her or both their lives will be in jeopardy. When she offers her compliance in exchange for help in finding her brother, he accepts, despite his inner warnings. He must keep his distance from this alluring Patriot or risk revealing not only his identity, but the true feelings of his heart.

What listeners say about So Bright a Hope

Good but... SO unrealistic, and too many sappy love lines.

I enjoyed most of this book, but the scenes when lives are in peril and yet they must speak a bunch of romantic nonsense kind of ruins it.
Seriously, if someone was just steps away, desiring to take one or both lives, would ANY two people on this planet take their time to express sappy love lines?
Other than this part, it was a good book.