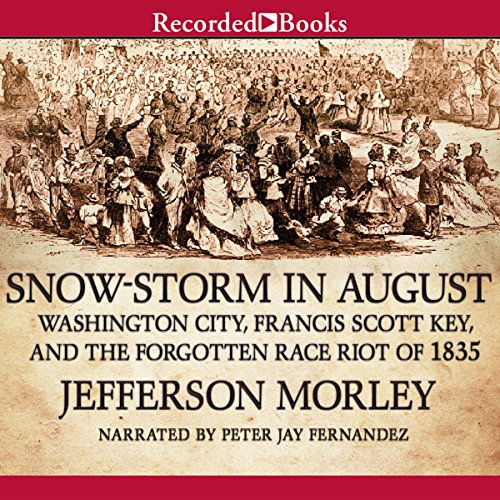 By: Jefferson Morley
Narrated by: Peter Jay Fernandez
Try for $0.00

Editor and investigative reporter Jefferson Morley has been widely published in national periodicals and is the author of the critically acclaimed nonfiction work Our Man in Mexico. An eye-opening look at Washington’s first race riot, Snow-Storm in August also offers revealing profiles of Arthur Bowen, the slave blamed for the riot, and “Star Spangled Banner” lyricist Francis Scott Key, a defender of slavery who sought capital punishment for Bowen.

What listeners say about Snow-Storm in August

Book that covers a lot of ground but seems a bit unfocused. Enjoyable and learned a lot