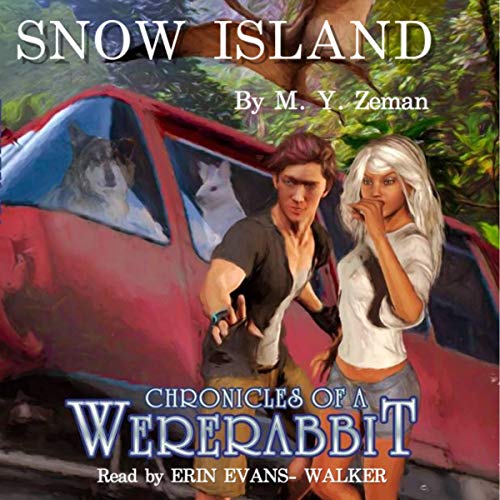 From Amazon best-selling author M. Y. Zeman: Are you brave enough to discover the dark secret of Snow Island?

Vampires, werewolves, unicorns, pterodactyls, and other creatures from myth or brought back from extinction.

"M. Y. Zeman's paranormal thriller, Snow Island: Chronicles of a Wererabbit, is an action-packed adventure tale that kept me on the edge of my seat. A modern classic that should not be missed. This decidedly different and fabulous shifter action fantasy novel is most highly recommended." (Reader's Favorite)

Snow Island begins five months after Snow Bunny with Snow, now 15, receiving an ominous prediction from a fortune-teller. She travels to a mysterious island with Josh, her dads, and her friends David and Charlene to find out what happened to the creatures and werewolves that have been disappearing.

Chronicles of Wererabbit is a young adult paranormal/fantasy series about a girl who can shift into a rabbit and her journey to become a hero.

"The creatures living on the island that Snow and her companions traveled to were deliciously frightening. All of the descriptions of them were so vivid that I almost felt as though they were creeping up behind me." (Long and Short Reviews YA)

What listeners say about Snow Island

This sequel has some very scary characters that are so believable that you feel that you are there with them. I would recommend this book to anyone who likes science fiction. There is a lot of heart that went into writing this book. The author is definitely an up and coming writer.