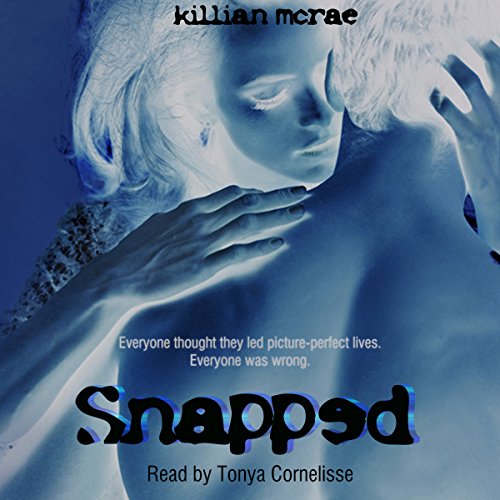 By: Killian McRae
Narrated by: Tonya Cornelisse
Try for $0.00

On the surface, Taryn Pearson's life seems perfect. No one sees how her past casts shadows over her present or senses the rage she fights every day to conceal. Total self-control has kept her safe, but it's also left her isolated. Before transitioning from graduate school to her career as a lab assistant, her aunt urges her to be bold, expand her boundaries, and try something new.

Photographer Rafael de le Sente escaped the barrio and demons of his youth, but he can't outrun the consequences of his adult actions. Rarely able to separate work from pleasure, his licentious leanings finally cost him his biggest client. Rafael deigns to take on Taryn as a student for a price, proving his professionalism in the process. Almost immediately, he knows he's doomed. Here is a woman who keeps his interest and tempts his libido. Every lesson further challenges her discipline and his control. Taryn may be just what he's always longed for - an equal - but letting someone in so closely challenges his nature.

Rafael never wanted love, Taryn never desired a lover, but they'll need each other to finally bring their lives in to focus. Frame by frame, they move closer to accepting the pull between them. Every camera flash drags more of their pasts into the light, bringing them closer to a photo finish with fate.

What listeners say about Snapped

Passion through fashion and love through the lens

What made the experience of listening to Snapped the most enjoyable?

I'm not a romance novel expert, but this feels like an excellent introduction to the genre. Forbidden romance; a struggling photographer with his new apprentice, each with dark histories; and a mix of emotion in front of as well as behind the camera. "Snapped" is where art meets the heart.

Tonya's voice actually sounds a lot like a friend of mine. Uncanny.

This story is different from any other romance I've read/listened to. The narration is unique, the twists are unexpected, and the hero isn't your typical "book boyfriend". I absolutely recommend this one!