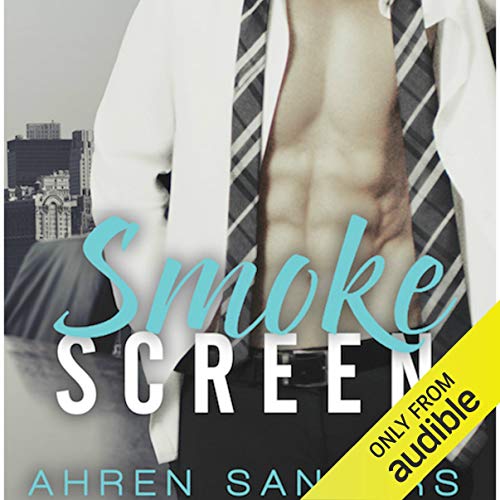 By: Ahren Sanders,Kai Kennicott
Narrated by: Wen Ross
Try for $0.00

The day I walked into his boardroom, I had no idea my life was about to change forever. It was supposed to be a simple proposal that would catapult my career. The chance to help Hurst and McCoy save one of their flailing business lines seemed simple enough. However, I never expected that one look at Maxwell McCoy would have me grasping for control. He's demanding, charming, powerful; most of all he's beautiful, inside and out. As hard as I fought against the attraction, he broke down my defenses. But he's hiding things. Even when secrets, lies, and greed threaten everything I have worked so hard for, I couldn't walk away. There's no denying, the moment my eyes landed on Maxwell McCoy was the moment I became his.

People only see me as CEO of Hurst and McCoy. The ruthless businessman whose mere presence demands respect. People don't know I chose to leave a life I loved in order to protect my father's legacy and reputation. When my company's future was threatened, I had no choice but to seek assistance. The day Stella Sullivan walked into my boardroom was the day my heart started beating again. One business proposal, from the topaz-eyed beauty, changed my life. She tried to deny our unyielding chemistry, but I wouldn't. I should let her go, but I didn't.

The smokescreen I created soon comes crashing down, forcing me to fight for everything I love.

Due to graphic language and explicit sexual situations, this book is recommended for listeners 18 and up.

What listeners say about Smokescreen

Stella is independent, motivated and runs her own successful PR Company alongside her best friend..... she's about to make the pitch of her life to get a Sportwear Company called JOS out of some negative press which has badly damaged and impacted on their reputation as well as their finances. She's dressed for it, has a good Presentation ready for the appointed Executive and is mentally prepared to give it her all to get the business..... but all her thoughts (and speech) escape her when she's stopped in her tracks by the captivating eyes, body, power and charisma that is Maxwell McCoy the CEO and majority owner of Hurst & McCoy the Company that owns JOS. Time stands still as heated stares pass between them and, for a few moments, an intense connection was made but the spell was broken, they both snapped out of it and Stella regained her thoughts and powered on.... she was there to impress.

Jaded frustrated and deeply concerned, Maxwell knows someone is messing up his late Father's business but all he can do at this moment is reputation recovery and they need a good PR company but the Executive that was tasked with the job of finding a company is, for some reason, stalling so he decides to 'sit in' on the next interview. But when the beautiful and curvy owner of Sullivan PR walks in their instant connection alerted all his senses and woke up his dormant heart. And when she starts to give her brilliant strategy ideas he knows it isn't only paperwork and ideas that he wants to share.

However, the handsome Billionaire has some painful secrets and he knows he has to tread very carefully but he's determined that he isn't going to let the feeling and Stella slip away and Stella is equally as impressed with the real man behind so many Gossip Columns and the title of Most Eligible Batchelor. So..... he offered, she accepted and, over business dinners and meetings, their chemistry grew into sizzling touches, passion-filled kisses and lust-filled thoughts. But, as Stella and Max were trying to salvage the Company, there was someone hiding in the wings trying to destroy it.... and Max and Stella's relationship too - no matter the cost - and they are willing to do anything to do it.

This instantly addictive listen has a full cast of great characters, a hot and sexy romance with plenty of passion, a drama-filled suspense as corruption, deceit, greed, jealousy and revenge heats up resulting in bloodshed, kidnapping and heartache and I found myself mentally pointing my finger at who I thought the villain was.... which constantly changed. There's also a very likeable, strong and sensible heroine together with a possessive, caring, understanding, passionate, loving and very sexual Alpha hero who's got a dirty mouth and he knows just how to use it. Their feelings and raw desire leaps out at you and their struggles, pitfalls and pain swallow you up until the very end.

Worth a credit? It's a very entertaining and captivating dual POV romantic/suspense story which was made even more pleasurable by Kai and Wen's narrating style where they each stick to their own gender's voices which means the chapters flow smoothly like realistic conversations and that's where the magic's found. It's also got some very witty parts because of the banter between the main and secondary characters. Yes, worth a credit or buy..... and yes worth the dark circles and bloodshot eyes because I stayed up till dawn listening to it.

I wish every book was narrated like this one. It's irritating when male narrator's do female voices and vice versa. This was refreshing to listen to. Lastly, we finally get a heroine who's not a spoiled, irritating, insecure brat!

Would you listen to Smokescreen again? Why?

Yes, I'm sure I will because I really enjoyed it and love listening to Kai Kennicott and Wen Ross. Also, it was a good romantic suspense story with lots of important clues and details throughout. I think I'd discover more of those details if I listened again.

It's so hard to choose. I loved both Stella and Max. The secondary characters were unique and intriguing. Even the "heavies" in the story were written as complex characters with understandable motives. If I had to pick one, I'd choose Stella, but only because I felt like more of the story was told through her eyes, so I felt a connection with her. I'm tempted to choose Pedro, even though he was a minor character.

What does Wen Ross bring to the story that you wouldn’t experience if you just read the book?

Wen Ross and Kai Kennicott bring drama to the story. They must rehearse a lot because they completely get into their characters and bring them to life. They act out their roles and make other narrators sound stilted, like they're reading for the first time.

Just one shot to see through the smoke screen

Maybe it's just me, but

He was an insecure, jealous, bossy semi-stalker. She started out so independent, a capable business owner, then fell for the rich guy who wanted to tell her what to do all the time. Even though she complained about it, she never put her foot down, and went along with all of his decisions about her business and personal life. I just couldn't buy it. The narration was great, though!

Can’t Get Over Narration

From reading other reviews, it’s clear that I’m in the minority, but I really don’t like this narration style (where each actor performs their own dialogue even when the chapter is from the other’s POV). In real life, what we hear is filtered through our own perceptions, so to have one narrator perform all the parts in their chapter feels more real to me. I also found the male narrator here particularly grating and stilted, but some of that might be the writing.

To wit, there is a lot of “telling not showing” in this book. And to my ear, that telling feels patronizing to both me and the female lead, Stella. It’s full of “It’s going to happen this way.” “What if I don’t want it that way.” “I know what’s best, trust me.” “Ok.” ... “Now that it’s blown up in my face let me explain all the things that I COULD have told you before but chose not to because I know what’s best.”

Honestly, I just don’t respect any of the characters or their choices, so I’m returning this one half way through.

I really love listen to this book. ready for more books by them. GREAT JOB

I loved this story; it started like most but after your gathering details it just gets a twist.

What I didn't like was as much time as was spent on his homemate. She was lame n perditible. But I loved the rest.
I'd recommend this story to anyone who enjoys romance stories, with a story.

I love this author. I love the men they are protective and kind. some of the dialog I can't picture a guy saying but I still love it. I enjoyed that they went through problems together. it wasn't the typical break up and finally find eachother again.

Maxwell McCoy's father business is in jeopardy and he needs a clean up company and Stella has just what he is looking for, but he has to convince her he wants more than business from her.

Stella Sullivan is starting a small business and is expanding when she offers Hurst and McCoy a way out of a political disaster. When she sets eyes on the CEO Max her plans are going to change right before her eyes.

Such an amazing book couldn’t stop listening!! Binged in one day, thanks guys love it!