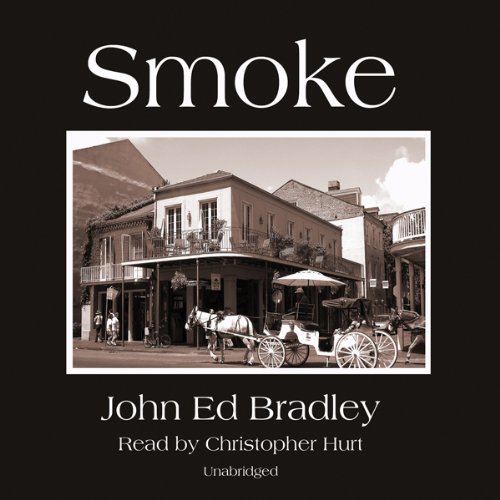 When fledgling novelist Pace Burnette heads home to Smoke, a quiet hamlet in Louisiana, he finds that the mom-and-pop businesses that gave the place its character and charm have been put out of operation by an enormous Monster Mart on the outskirts of town. His best friend, Jay Carnihan, is struggling to keep his family's general store from going under and blames Rayford Holly, the founder of Monster Mart, for his economic woes.

When Jay carries out a harebrained scheme to kidnap Holly and make him apologize for the damage he's done, Smoke and its residents are changed forever. High comedy, high jinx, unrequited love, and small town eccentrics confronting big business come together in this engaging tale.

"With a journalist's eye for detail and a poet's ear for language, Bradley...makes Smoke feel as real as Pascagoula or Bogalusa." (Los Angeles Times Book Review)
"Smoke, quite simply, is one of the best novels of '94." (Herald Book Review, South Carolina)