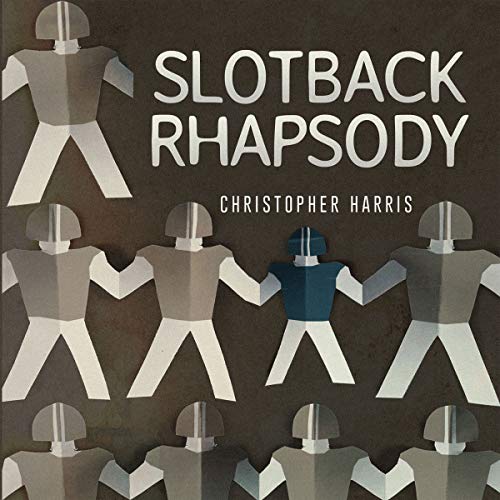 At 27 years old, undersized but talented Nick "Mouse" Morrison has yet to realize his dreams. After several unsuccessful training camps, Nick decides a minicamp in Detroit will be his last go-round in pro football. What follows is an inside look at the chaos, frustration, and beauty of a pro football season rarely captured in fiction.

Slotback Rhapsody is Friday Night Lights all grown up. Not since Don Delillo’s End Zone has there been such a brilliant portrayal of charming meatheads and on-field action. From a writer who works as a journalist in pro sports, Slotback Rhapsody is a hilarious and insider account of what it’s like to be a professional athlete in today’s 24/7 idol-obsessed culture, as well as a meditation on the high cost of single-mindedness.

What listeners say about Slotback Rhapsody

In the spirit of Semi-Tough and North Dallas 40. I was so entertained that I finished it in only two sittings.

I would highly recommend to any fan of football or of a great story. This novel sinks it's teeth into you and doesn't let you go until the very end. Mr. Harris does a great job of bringing you along for the ride as the main character of the story "Mouse" faces the ups and downs of trying to make it on an NFL roster. Loved the book. This is the second of Mr. Harris' novels I have read and I was not disappointed.